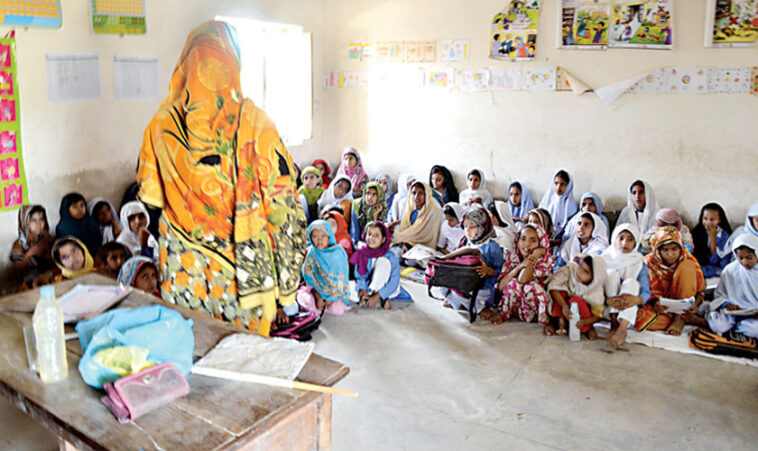 While we laud women in the police force and civil services for skillfully juggling motherhood and their services to the nation, a school in Mianwali feels otherwise. District Education Officer (DEA) Mianwali suspended a female teacher for bringing her baby to work.

In a country where the gender gap in the workplace is already large, educational institutions are making it harder for women in the workforce. Ishrat Sattar had been employed at the school located at Tehsil Piplan District of Mianwali.

It wasn’t exactly the school that suspended the school teacher but rather the DEA of Mianwali. The DEA came to the school for a surprise inspection and suspended Ishrat Sattar for having brought her infant to work.

According to Ishrat’s suspension notification;

“She was found playing with her child and has been suspended for inefficiency and misconduct.”

When this news hit the Internet, Twitter was livid. Netizens demanded that Ishrat Sattar be given the same appreciation for juggling motherhood and her services to the nation, as Peshawar Additional Commissioner, Sara Tawab, and Sheikhupura Assistant Superintendent Police (ASP), Aisha Butt.

Under the hashtag #FemaleTeacherSuspension Twitterati pointed out that these high ranking officers were admired for bringing her child to work and promoting female participation in the workplace. Meanwhile, Ishrat Sattar was reprimanded for the same.

#FemaleTeacherSuspension The person who ordered the suspension should be suspended. This is utter nonsense.

People called on the Prime Minister and Punjab Education authorities to take notice of the decision.

Netizens even pointed out how when New Zealand’s Prime Minister Jacinda Arden brought her baby to the United Nations General Assembly (UNGA). No one said that was a case of ‘inefficiency and misconduct’.

Let Women Fly With Their Responsibilities So You will Get PM of PAKISTAN Mohtarma Benazir Bhutto Shaheed & Newzealand PM Jacinda Ardern at the End…😍🙂#FemaleTeacherSuspension pic.twitter.com/1EmfJNek7h

Rather than suspending them why dont You provide a better educational system where You provide toddler's nurserys for teachers N employees just like other countries.
For the sake of their jobs they should never become mothers?
SHAME..!!!#FemaleTeacherSuspension pic.twitter.com/AnzDjsYrUh

It is hoped that better sense prevails. Perhaps the teacher did not have anyone else to look after her child. Nonetheless, suspending her on the spot seems unnecessarily harsh and unfair. 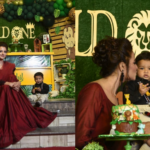 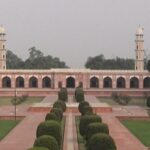