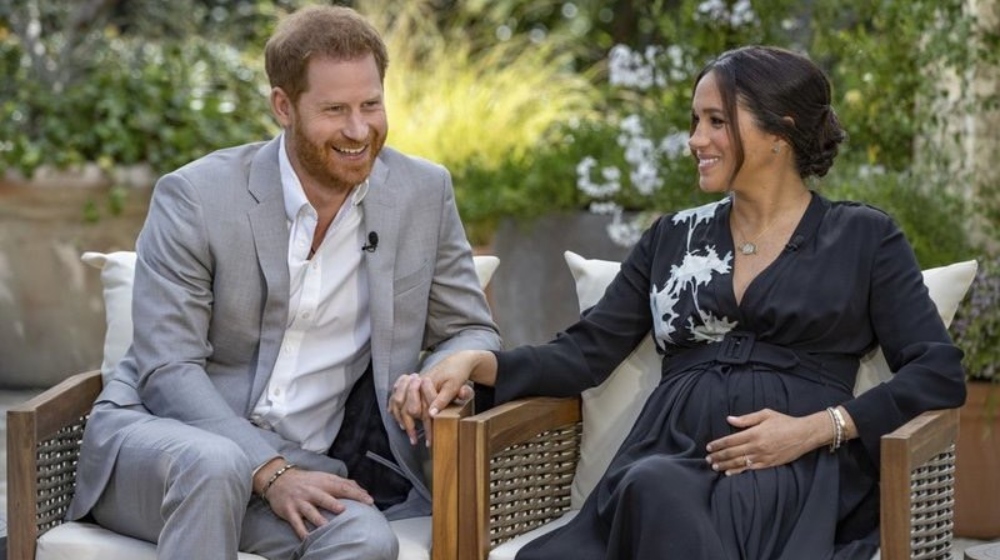 Prince Harry and Meghan Markle’s television interview with Oprah Winfrey rocked the institution that is the monarchy of Britain. The tell-all interview provided a lot of insight into why Meghan and Harry stepped down from royal duties and moved to California last year.

The palace has not yet responded to the interview. According to Associated Press, British Prime Minister Boris Johnson also refused to comment on the interview.

“When it comes to matters to do with the royal family the right thing for a prime minister to say is nothing.” he said

Despite attempts at modernization, the Duke and Duchess of Sussex exposed a plethora of problems associated with the Royal Family, in a two-hour appearance with Oprah Winfrey. From Harry opening up about problems that tarnished relations with his father, Prince Charles, and brother, Prince William.

Although the Duke and Duchess of Sussex had blamed ‘intrusive, racist coverage by the British media’ while stepping down from their duties in the royal family, Prince Harry and Meghan Markle’s interview tells a different story.

The interview also brought forth revelations about the ‘royal way of doing things’. The couple revealed in the interview that they exchanged vows in front of Archbishop of Canterbury Justin Welby three days before their spectacular wedding ceremony at Windsor Castle in May 2018.

Meghan was largely affected by the controlling nature of being royal. Although she had to live on terms set by palace staff, the staff refused to help her when she faced racist attacks from the media and internet trolls. The palace’s human resources department had said there was nothing it could do because she wasn’t an employee.

The Duchess’s mental health suffered to the point of considering suicide as a way out.

“For the family, they very much have this mentality of ‘This is just how it is, this is how it’s meant to be, you can’t change it, we’ve all been through it,’” Harry said.

Many statements like Meghan Markle’s revelation that a member of the royal family had concerns about the colour of her unborn child’s skin, isn’t doing any favors for the Royal family’s rap. According to Prince Harry, the said family member was not Queen Elizabeth II or Prince Philip.

Both Meghan and Harry praised the support they had received from the monarch.

“The queen has always been wonderful to me,” Meghan said.

People Want the Royal Baby to Be Named Diana

Former Australian prime minister Malcolm Turnbull said the interview is another reason Australia should sever its constitutional ties to the British monarchy. This an argument the ex-PM has been vocal about. Malcolm Turnbull told Australian Broadcasting Corporation that;

“It’s clearly an unhappy family, or at least Meghan and Harry are unhappy. It seems very sad, … After the end of the queen’s reign, that is the time for us to say: OK, we’ve passed that watershed. Do we really want to have whoever happens to be the head of state, the king or queen of the U.K., automatically our head of state?”

On a positive note the couple revealed that their second child will be a girl.