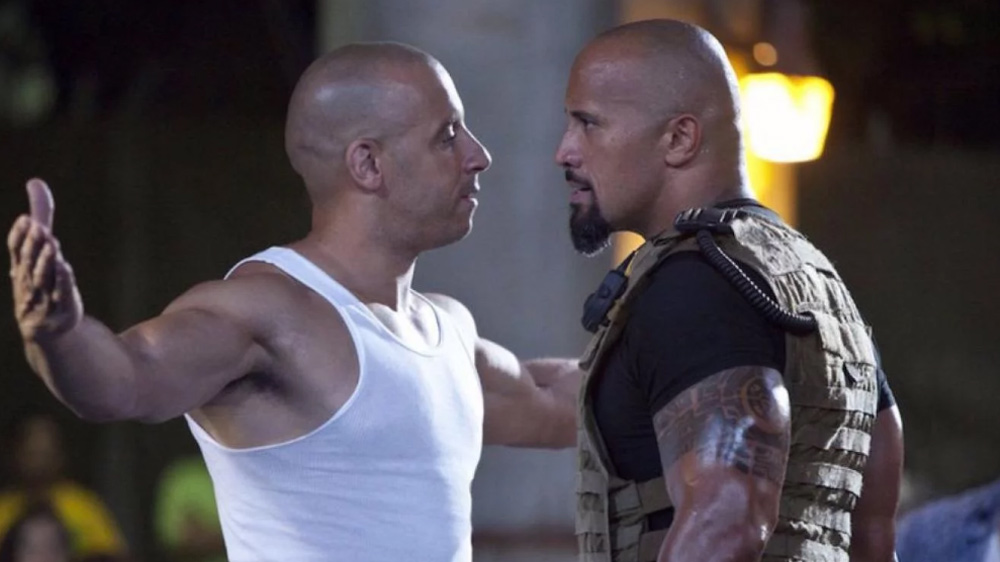 Ever since Dwayne ‘The Rock’ Johnson branched off from the Fast & Furious franchise to create his own spin-off series, there’s been word of a Dwayne Johnson and Vin Diesel feud. Looks like the two macho men finally made up.

Word of Dwayne Johnson and Vin Diesel’s bad blood emerged with the announcement of the Hobbs & Shaw spin-off series. That was just rooted in rumors since Vin Diesel planned three Fast & Furious spin-offs including Hobbs & Shaw.

The actual feud was due to The Rock’s comments about the tardiness and unprofessionalism exhibited by some of the Fate of the Furious cast. People assumed the comments were aimed at Vin Diesel, one of the film’s producers.

This was followed by some sparring on social media. Now it appears Dwayne Johnson and Vin Diesel made up as The Rock returns to the Fast & Furious franchise after filming spin-off Hobbs & Shaw. The Rock showered Vin Diesel with love on the success of his 2019 hit Hobbs & Shaw.

Celebrating the success of the 2019 movie he made with Jason Statham in a new gym video, Johnson said:

“You have officially made Hobbs & Shaw not only a massive global success as we just crossed $750 million at the global box office, but also you helped build up an expansion of the Fast & Furious franchise.”

He brought up the old bromance between Toretto and Hobbs with a special thank you for ‘brother Vin‘.

“I appreciate it, brother. You know what a wild ride this is and what a wild ride this has been. Ten years ago, when you and I spoke, and you invited me into the Fast & Furious family. I’m grateful for that invite and, as you know, my goal was always all these years to come into the Fast & Furious world and help elevate the franchise in any way I possibly could. If I could do that, then I’ve done my job.”

The Rock Thanks Pakistan For All the Love Towards “Hobbs & Shaw”

“Lauren and I appreciate the wedding congratulations, and we send love right back to you and Paloma (Jimenez),”

The Rock concluded with;

“All roads lead to one thing. I’ll be seeing you soon, Toretto”

Meanwhile, we’ll see the rest of the crew return for Fast & Furious 9. Vin Diesel posted about how this installment is about fatherhood.