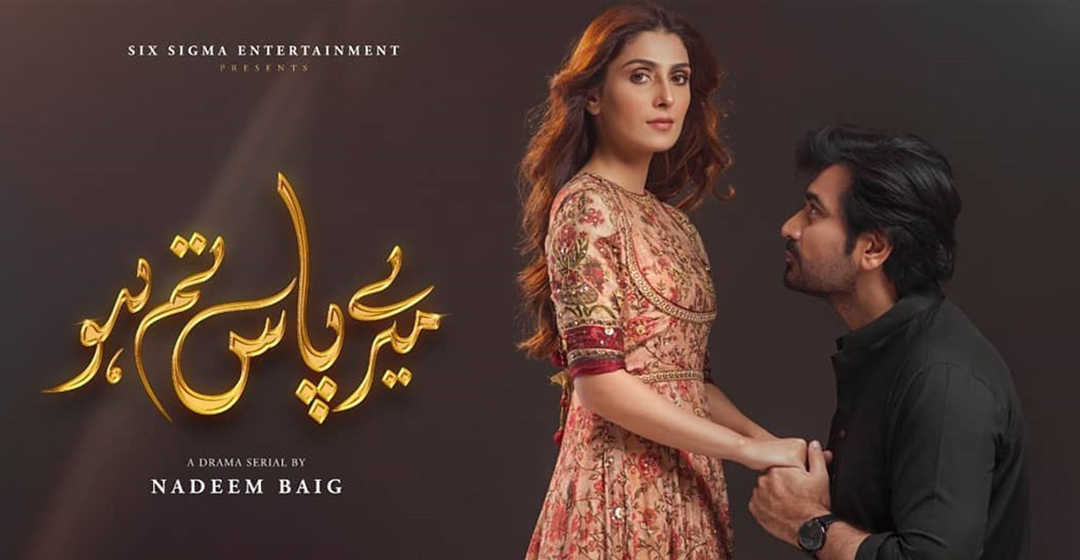 The people have spoken, Mere Paas Tum Ho by far is the best drama serial in all history. The storyline has moved and touched the hearts of the audience. Every episode gives us goosebumps.

The story revolves around three words: Greed, Love and Sacrifice. The way each and every character is being played by our most loved actors is just miraculous and leaves the audience in tears. They really know how to put on a show.

Here’s the best part, the hit drama serial has reached on top of the charts with an 18.3 TRPs, which is possibly the highest rating of any TV program in 2019.

The news was shared by Ayeza Khan on Instagram.

What people love the most about the serial are the killer dialogues spoken by the characters. If you scroll through social media, you’ll know exactly what the dialogues are and the true meaning behind them.

Here is a list of some famous lines from the last aired episode.

Mehwish, played by Ayeza Khan, after spending time with her “love interest” Shehwar, finally asks him for marriage and wants to call him “hubby”. Shehwar clearly denies as he has no such plans currently.

According to Shehwar, middle-class women only desire marriage for money.

That’s when he said this to Mehwish,“Shadi Me Divorce Hojati Hai Mohabbat Mein Divorce Nahi Hoti”  and the people are loving it.

‘Mama Bhi Chor Jaen, Mama Nahi Rehti’ (Mother is not worthy of being called a Mother if she leaves)

This is the most heartbreaking dialogue in the entire series, and we admit it brought tears to our eyes.

Rumi, Mehwish and Danish’s only son, is not performing well in his new boarding school. This is understandable given the family tensions.

As the story goes, Danish is called in by the counselor for a meeting. After that, we witnessed a heartfelt father-son conversation that moved us all.

It started off as Danish asking Rumi a question to which then he said,

To this, Rumi gave a very innocent reply,

“Rumi is not your weakness, Rumi is your strength. Mama Bhi Chor K Chali Jaye to Mama Nahi Rehteen. (Mother is not worthy of being called a Mother if she leaves)”

The episode began with a conversation between Danish and his friend Mateen Sahab. Danish sympathizes over Shehwar for falling in love with a woman who wasn’t even loyal to her ex-husband.

This is when Mateen Sahab replied,

Fans have high expectations from Hira Mani’s character, let’s see what she has in store for us. Stay tuned.