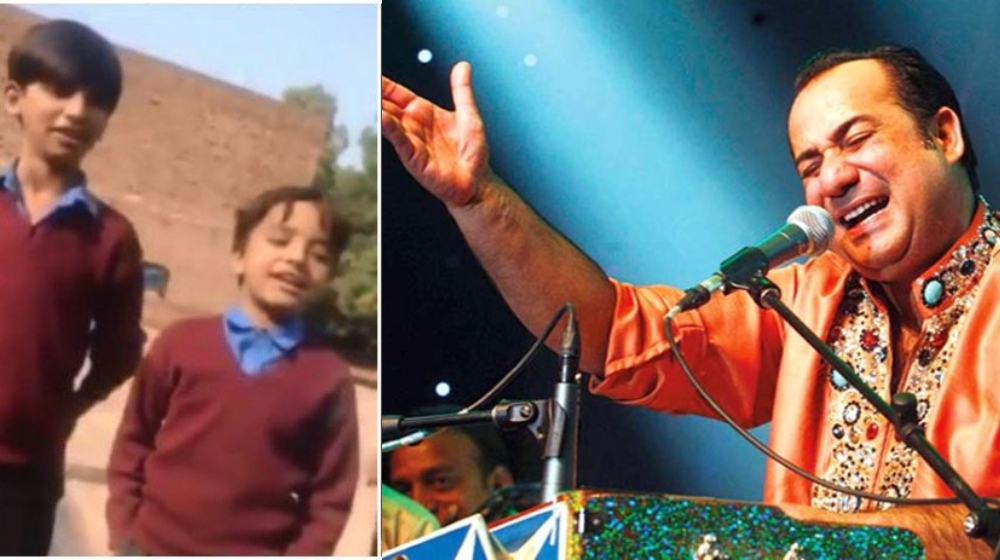 Two kids are making waves with their cover of Rahat Fateh Ali Khan song ‘Mere Pass Tum Ho‘. The boys even hope to meet their idol one day. Good thing they’re viral and word will get to Rahat.

According to Dawn, the boys are paternal cousins based in Faisalabad. The cousin brothers were introduced to the art of music by their fathers.

Nouman’s father Muhammad Zafar told the news outlet that his family has been singing for 14 generations now. Both Adam and Nouman are the 14th generation in a family of artists.

Based on what the children told Dawn, their viral video singing the Mere Pass Tum Ho OST was shared by a teacher. The teacher just asked the boys to sing, filmed it and shared it on social media.

Who would’ve known they’d become famous in such a short span of time.

Back in 2016 there was another child’s cover of a Rahat Fateh Ali Khan song that went viral.

This street child blew up the Internet with a Rahat Fateh Ali Khan cover of Zaroori Tha. There are so many talented children in Pakistan that deserve a platform.

Most talented children do not receive a proper platform to showcase and hone their skills. That’s why child stars that do emerge, like Hadiya Hashmi, they’re an instant hit.