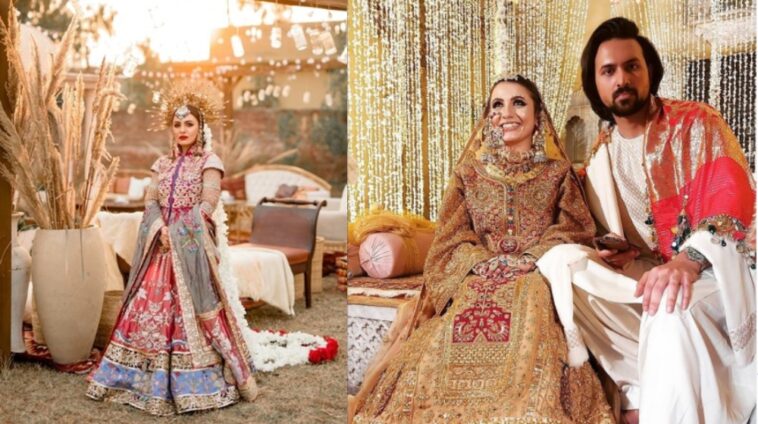 Every experience has now turned into a race for the perfect Insta-worthy picture that captures the moment. After all, if it’s not on Instagram did it even happen? A Pakistani bride took her wedding look to a whole other level for Insta-worthy memories. Wazhma Awan is a stylist, after all, she had to present her inner self for the cameras.

When photographers Natasha Zubair and Maham Iqbal Bosan posted pictures of the Pakistani bride’s wedding, Instagram was abuzz with ‘who’s that girl?’

OTT make-up, ensemble, and bling are nothing new when it comes to desi weddings. But not to the point where it looks like an outfit for the MET Gala. That’s kind of what the stylist’s wedding ensemble looked like.

According to Images, Pakistani bride Wazhma Awan wore traditional pieces, but in a way that best represented her.

“I already dress differently, … I was looking for an outfit that incorporated elements from different cultures. I was looking at brides all over Asia and was drawn to a more tribal, nomadic style,”

Her outfit was from the House of Kamiar Rokni, the jacket had elements of Chinese culture in it with a desi vibe. The crown was from an Etsy shop in the Czech Republic. Her jewelry, she had made herself.

The stylist mixed and matched pieces of traditional bridal looks from various cultures. Like how some Chinese brides and Indonesian brides wore headgear.

Aside from the crown, Wazhma Awan also had a ‘veil of acrylic white flowers’ that was actually procured by the wedding decor guy, Hashim.

“I didn’t want a matha patti or a dupatta, … Hashim, ended up getting the veil made after being showed a picture of traditional Western wedding trails, … It was made with fabric flowers, … It was so heavy, … I had my husband and brother helping me with one holding my lehenga and the other holding the trail and later my cousin carried it for me around the venue, “

While Ikram Gohar created the make-up look, the but ‘the eyeliner was all Wazhma‘. It reflects a part of her Pakhtun heritage. She’s from Balochistan with Punjabi and Pakhtun parents. No wonder this love for culture runs in the family.

In really old pictures of my mom or dadi they had this kind of eyeliner,”

The mehndi look was at the center of Insta-envy already and the stylist kept her streak going with her Nikkah look. Wazhma wore an all-gold outfit and jewelry inspired by Bengali brides. The dress was actually made by her aunt who makes traditional Balochi dresses.

Even the ritual and ceremony, incorporated elements of Indian, Baloch culture, and Pakhtun culture. I even did a bari show, she laughs.

Despite wanting to go big she didn’t want to ‘toy too much‘ on her own wedding.

“People could have been like what the hell is this [about the outfit], I’m sure there were some people who were like what is this, but most were nice,”

Even if people found it absurd, at the end of the day it’s her wedding, and all that matters is that she’s happy. 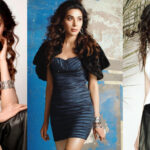 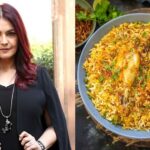