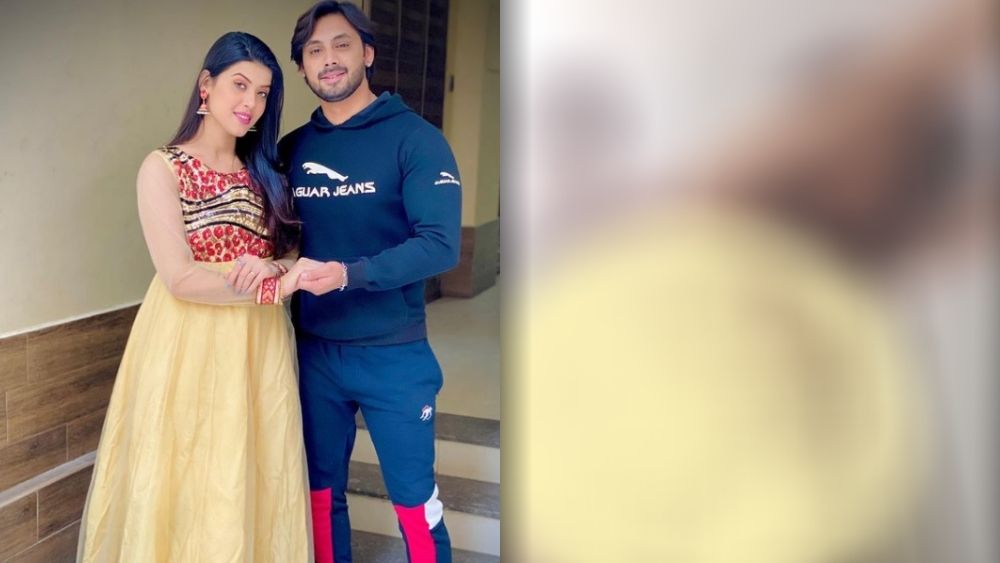 World Wide Web- The internet has proven to be either a blessing or something of a curse for some people. And with the increasing number of TikTok stars falling victim to a leaked video scandal – one has to ask; what is going on in the country? Now, TikTok star and Pakistani actress Aiman Zaman faces backlash with an alleged leaked video of her. She and her fiancé have already responded to the rumors.

Aiman Zaman is a famous TikTok star with over 4 million followers on the video-sharing app. Apart from being a social media sensation, she has also worked in Pakistani dramas as an actress. You might have seen the 28-year-old in shows like Hirrat and Soteli Mamta. 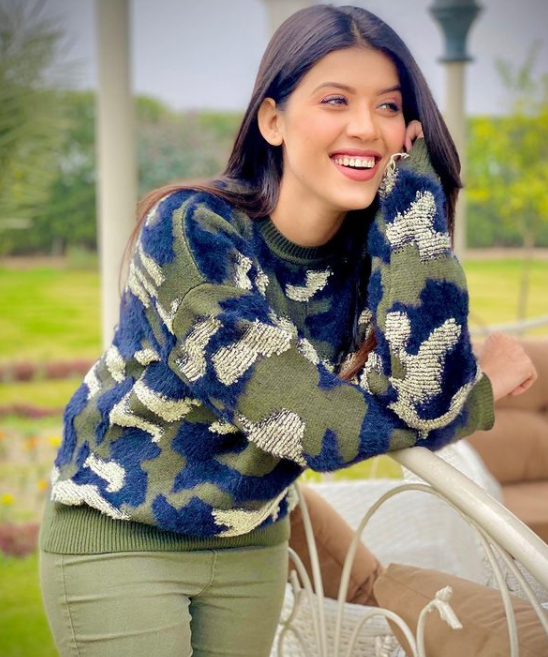 Other than this, she has also collaborated with big-name Pakistani brands on Instagram. Her fiancé, on the other hand, is also a famous TikTok star. Mujtaba Lakhani is close to 5 million followers on his TikTok account.

The couple recently appeared in a song together- Pain by Aryan Khan was released on YouTube 4 days ago. But following the release of the song, an indecent and vulgar video of Aiman Zaman started making rounds on the internet.

Due to the obscene nature of the video, we could not share it with you here. However, the clip has spread like wildfire on every social media platform. If you’re interested in watching it, a quick search might help. 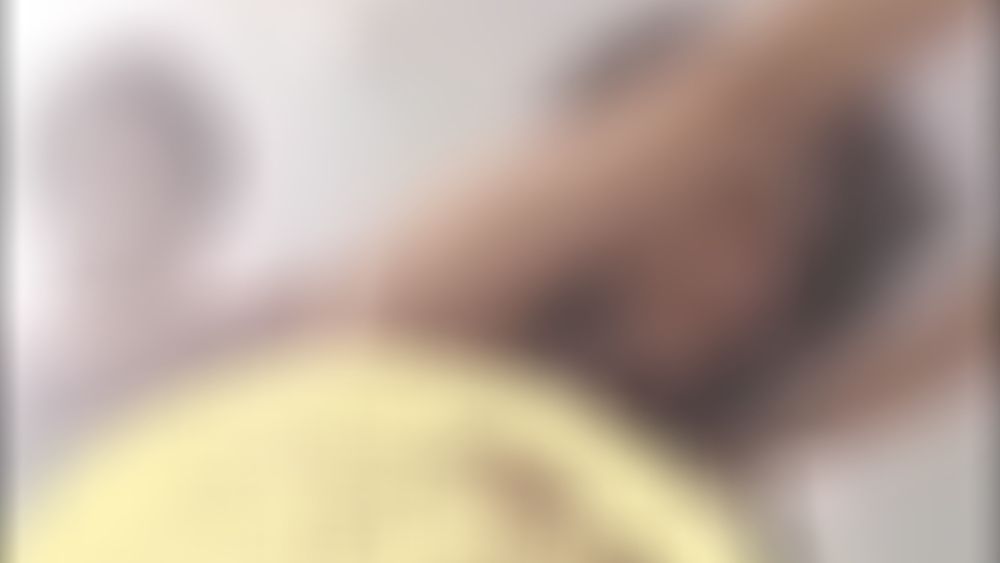 Netizens have taken to their respective social media accounts to express their views on the matter. While some believe this is purely a PR stunt, others are speaking in support of the TikTok stars. Here’s what everyone is saying:

She is not #AimanZaman, do not spread fake pics and videos

Aiman Zaman herself took to her Instagram stories to share some of the reactions. Take a look at them here: 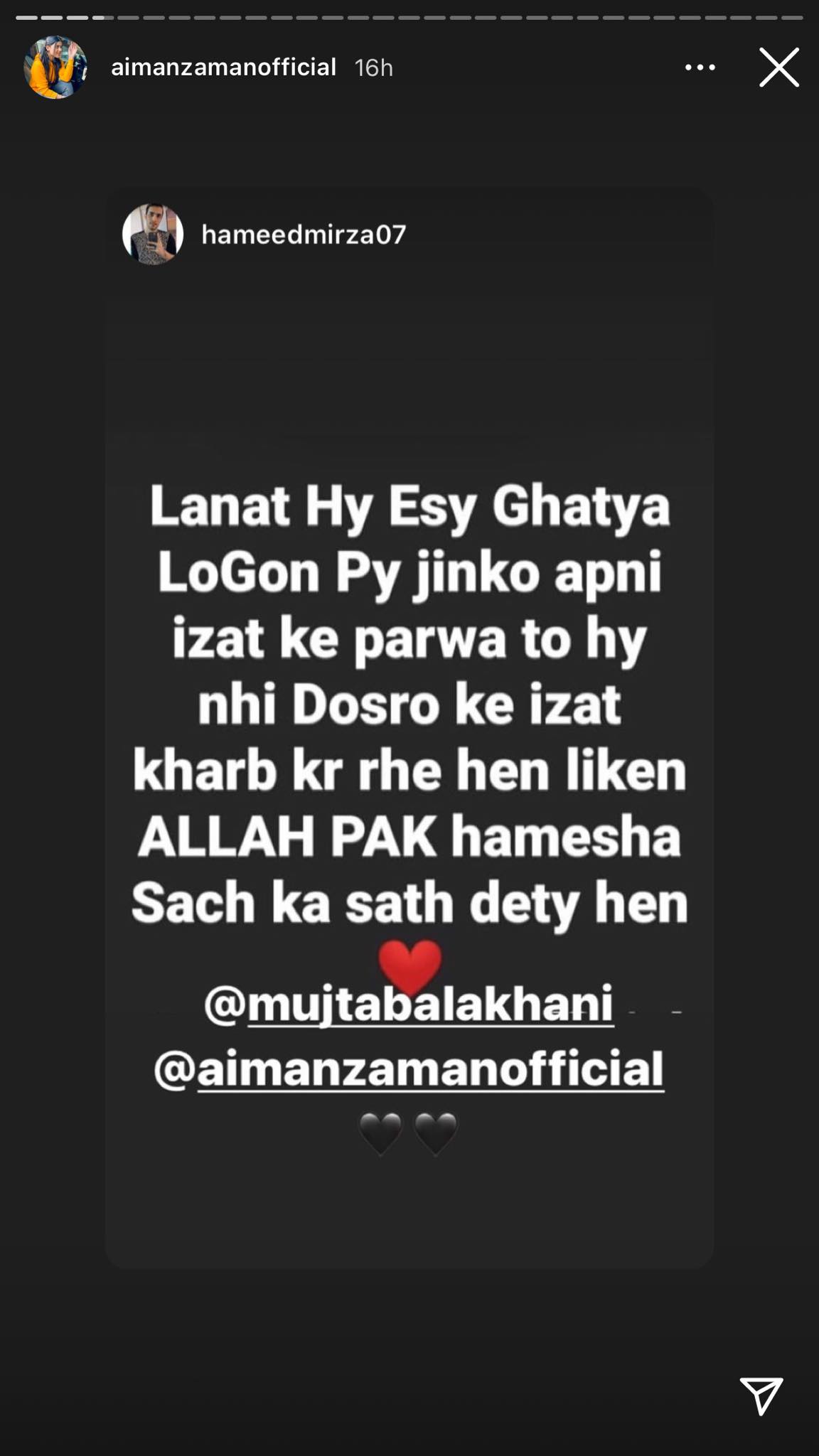 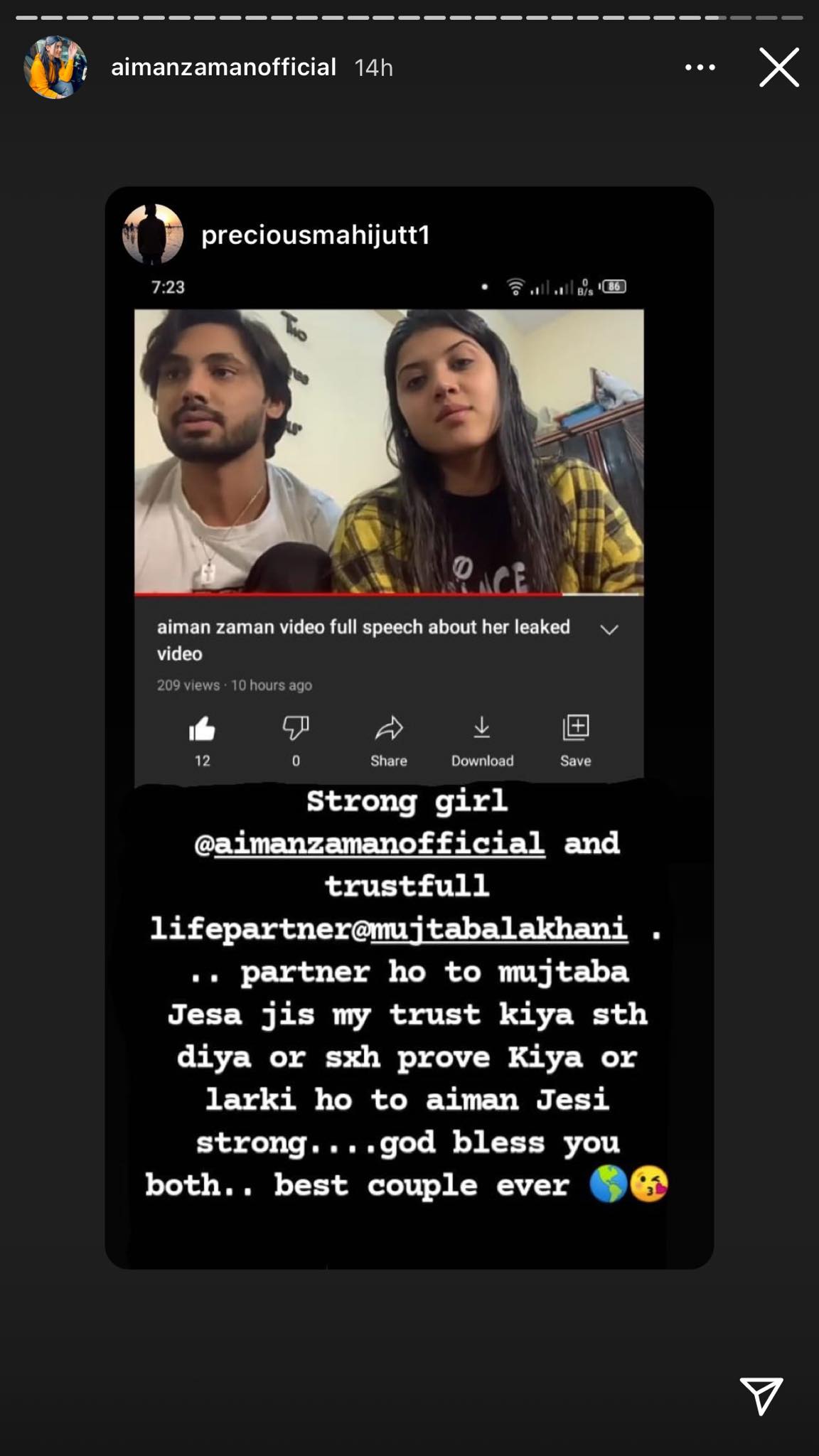 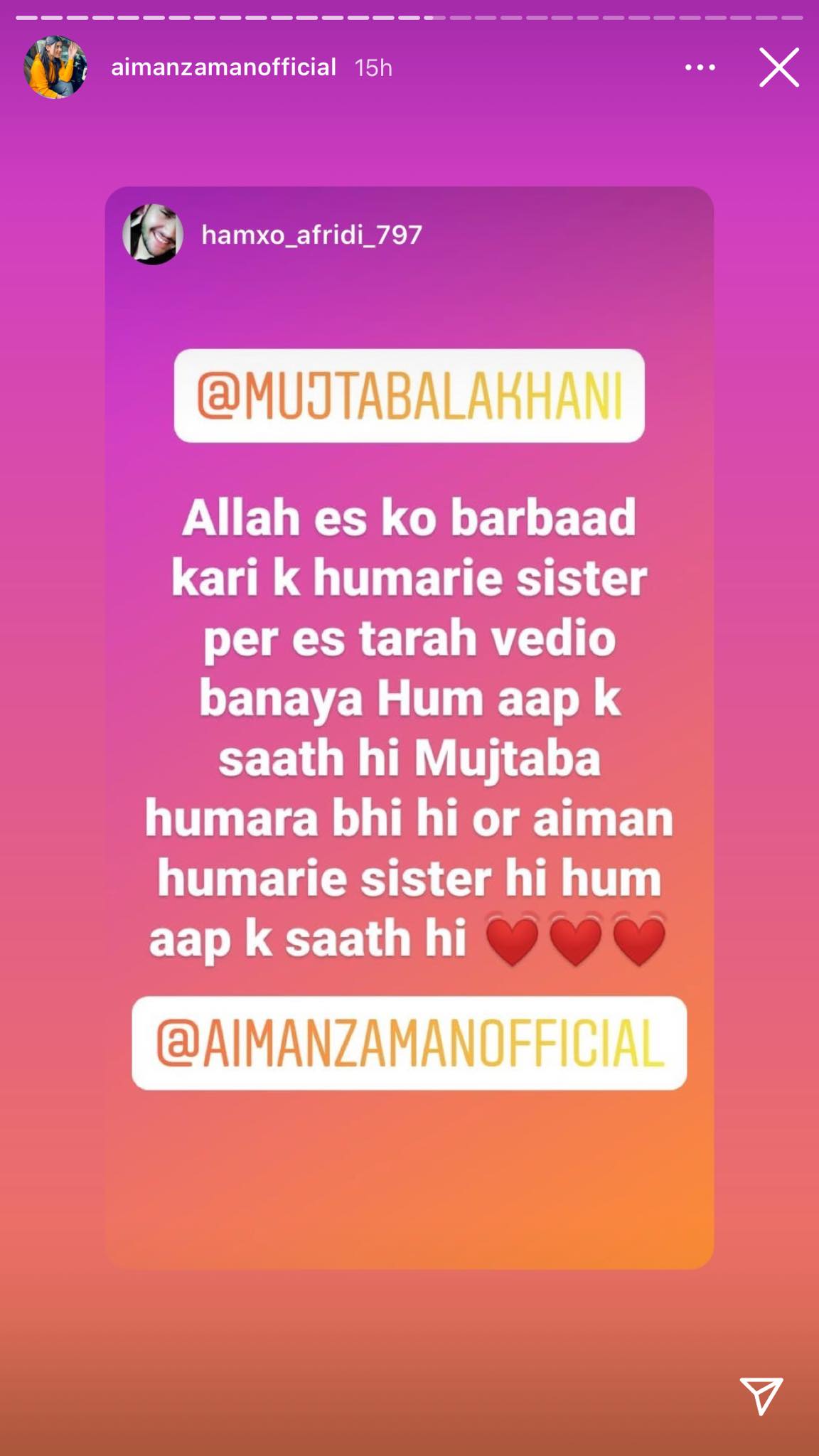 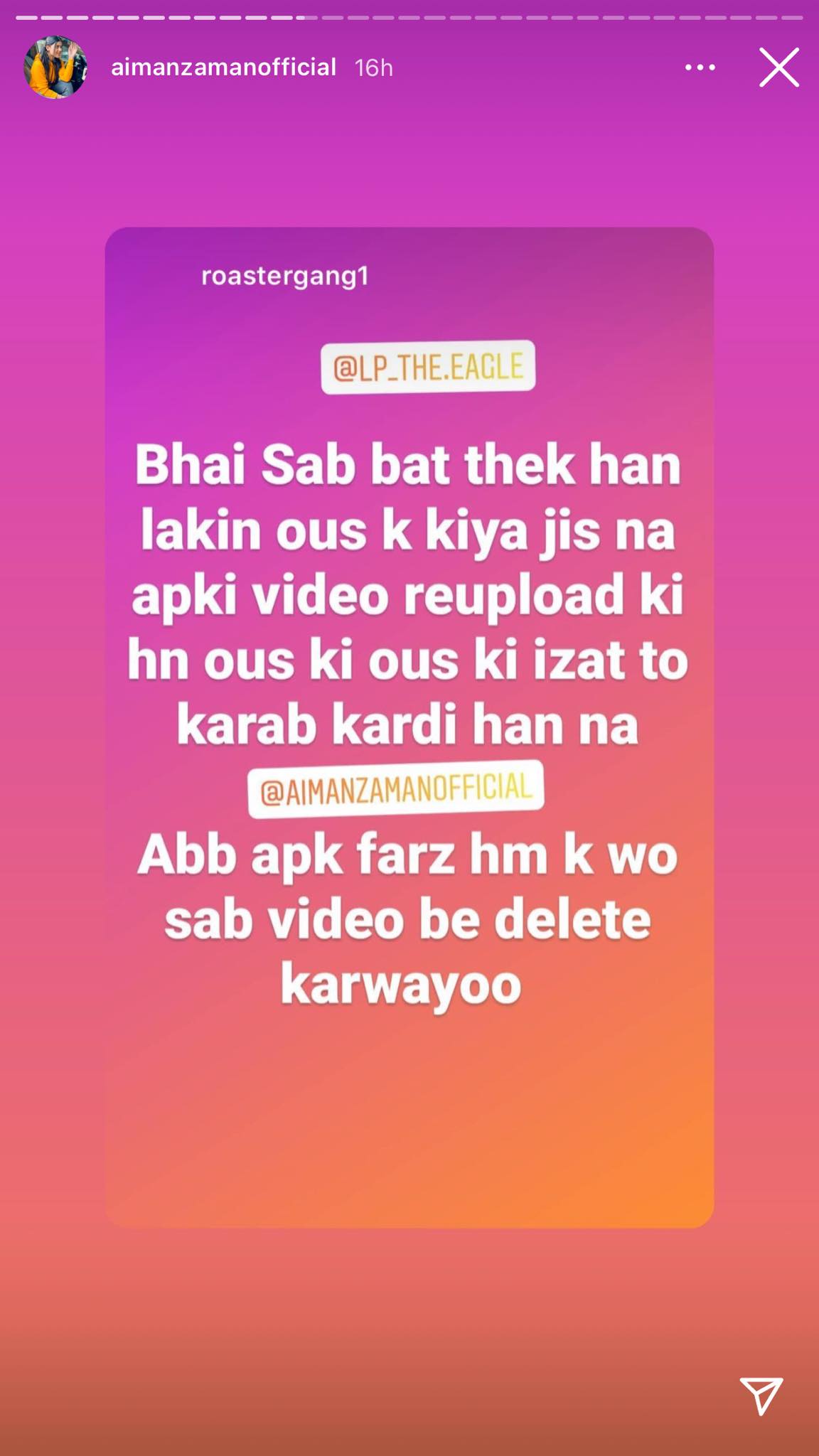 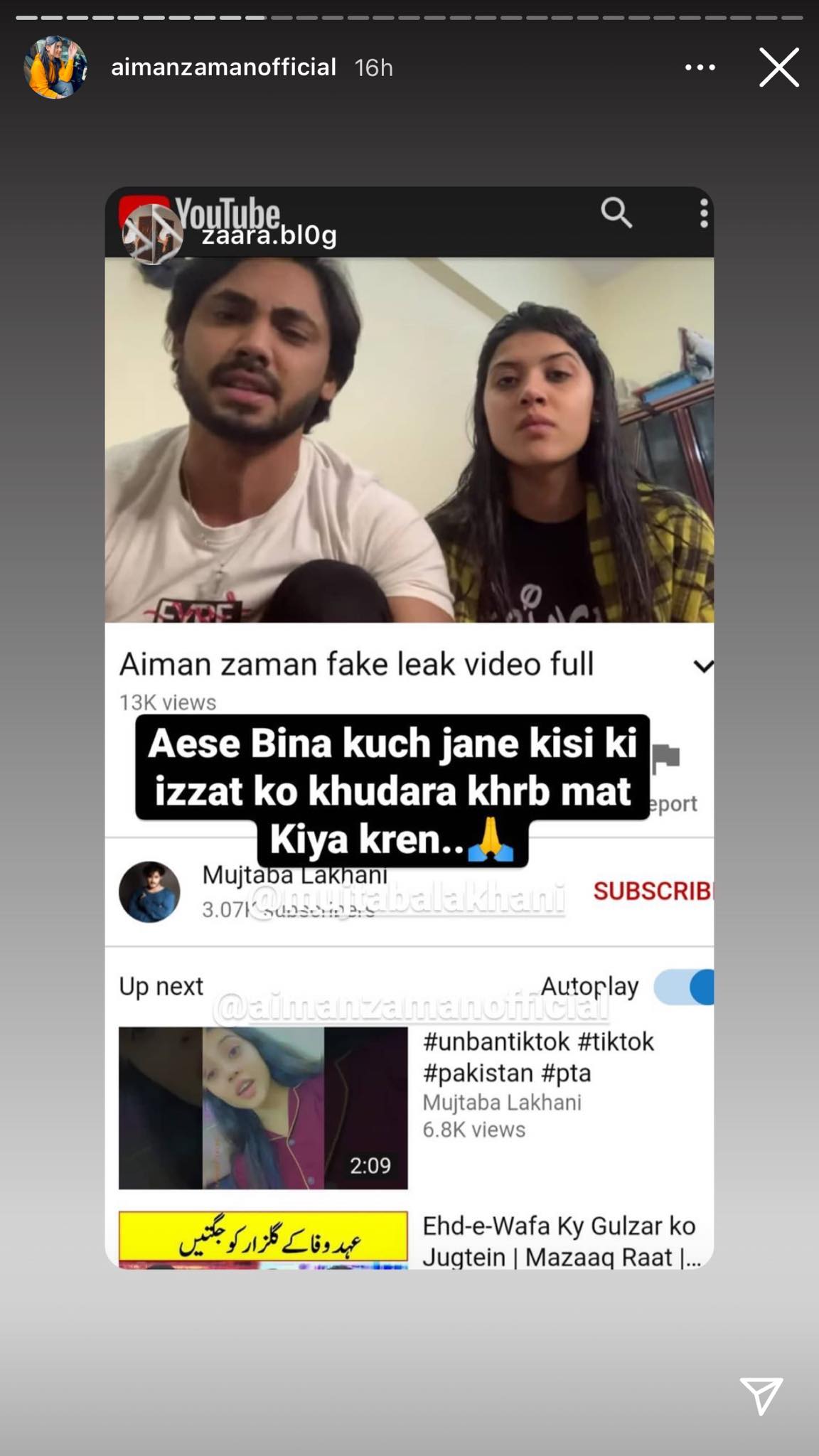 Both Aiman Zaman and her fiance Mujtaba Lakhani took to YouTube to explain what happened. According to their statement, the girl in the leaked video is not Aiman. They explained that the person in the video only resembles the TikTok star but it is, in fact, not her.

Aiman further explained that the girl in the video also deserves respect. And she added that netizens are acting outrageously without fact-checking. Not only is their hairstyle different, but looking at the video closely- the girl looks nothing like the Pakistani actress.

Take a look at the couple’s full video here:

What do you think of this leaked video scandal featuring TikTok star Aiman Zaman? Share your views in the comments section.