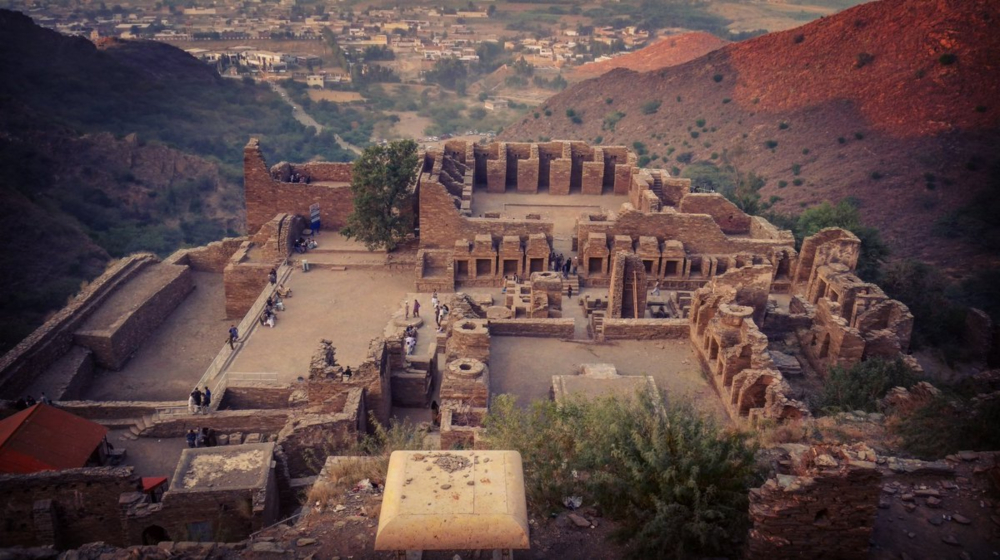 Pakistan is a region rich for its cultural history and diversity. There are many historical places in Pakistan that deserve to be experienced by everyone.

In fact, we are home to a good number of United Nations World Heritage sites. These sites are protected by the UN Educational, Scientific and Cultural Organization (UNESCO). And they are places that you must travel to.

Other than that, Pakistan cultural, natural and archaeological sites that need to be seen to be believed. Here’s a list of historical places in Pakistan that deserve to be on your travel itinerary.

Located in Sheikhupura, Hiran Minar is the rumoured tomb of ‘Mansraj‘. a pet deer of the 4th Mughal King Jahangir.

This one hundred and fifty years old palace in Bahawalpur was built by Nawab Subah Sadiq Muhammad Khan IV for his wife. His wife only spent a night in the palace due to the proximity of Basti Maluk Shah graveyard.

This place of worship was built by Shaikh Ilm-ud-din Ansari, the Viceroy of Punjab under Shah Jahan in 1634.  It was built over the course of seven years.

Mohenjo Daro is an archaeological site discovered in 1921. It is part of the famous Indus Valley Civilization and shares similarities to Harappa. These remnants of the world’s oldest civilization have been classified by UNESCO as a protected heritage site.

Mohenjo Daro, history says, was one of the largest cities of the Indus Valley civilization.

Minar-e-Pakistan was built to commemorate the Lahore Resolution on March, 23, 1940. Standing at eight meters tall, the tower was constructed over the course of eight years.

The Tomb of Jahangir located in Shahdara, suburban Lahore.  Jahangir’s son Shah Jahan had his mausoleum built along the banks of the Ravi River.

Shalimar Gardens is a Persian garden complex built by the Mughals. It is also a UNESCO protected World Heritage site.

The Mughals conferred ownership of the complex to the Arain Mian family for their services. General Ayub Khan nationalized it in 1962.

The Afghan-Persian architectural layout of the fort took eight years to build.

This is the world’s largest funeral site, spread over an area of an estimated 10 square kilometres. This world heritage site is located in the city of Thatta, the former capital of medieval Sindh.

This archaeological site in Taxila provides evidence of how an ancient civilization branched out from the original Indus Valley civilization. Besides that, it depicts the stages of development influenced by  Persia, Greece and Central Asia.

It has some Buddhist relics. Plus it served as the entry point of famous Macedonian invader, Alexander the Great.

These remnants of Buddhist settlements and monasteries are from the Gandhara region of Pakistan. A ruined city next to the monk’s complex. It is also protected under UNESCO’s World Heritage sites.