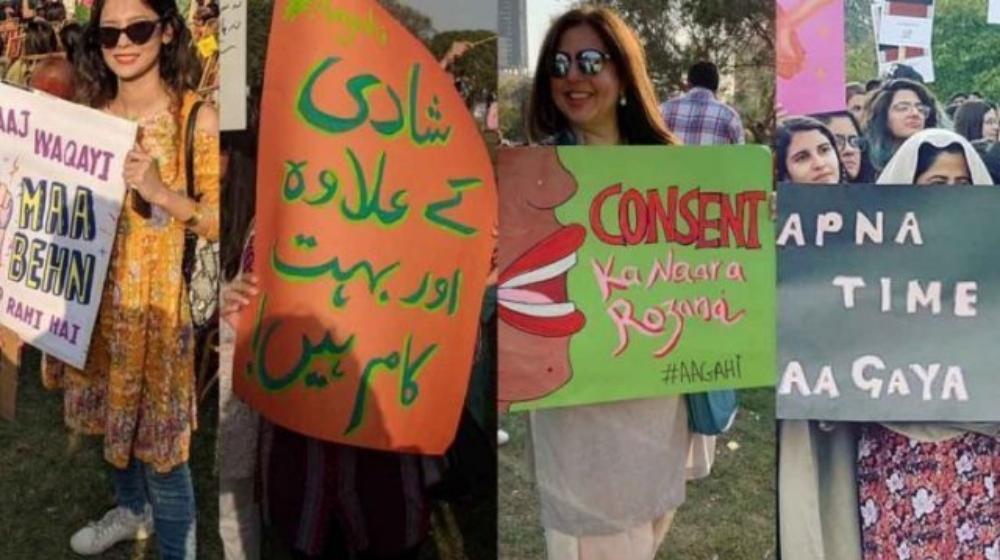 Once again people, are pointing fingers at Aurat Azadi March, commonly called Aurat March. From allegations that the march is foreign-funded to claims that it is pushing for ‘Western agendas’, Twitter is swamped with baseless tweets.

The conspiracies didn’t end at foreign funding. There were also talks of how it’s important to cut back on LGBTQ rights rather than empower women. (priorities, y’know)

The reason I am Against #AuratAzadiMarch from the very start. We knew that their Agenda is not to protect the rights of #Women but to legalise L G B T Q in Pakistan. They are fully exposed now. More to come…!!#MeraJismMeriMarzi#AuratMarch2021 #ForeignFundedAuratMarch pic.twitter.com/Rnd7JevkYS

Of course, there was character assassination of women and over-generalizations in the mix. How many of these people throwing around generalizations did any research into what women rights movements are about?

A day before Aurat March, the top trend on Twitter is claiming the march is "foreign funded."

Why can't haters believe women can organize on the grassroots and build a movement through their own efforts? Why does this idea appear so foreign to them?

We live in a male dominated society where patriarchy is deep rooted. So the #AuratMarch2021 should be supported. But i was a bit shocked when I read a couple of their demands. I would request every participant of the march to read this thread and try to counter my points.

Aside from the conspiracy theories, there were people that had a more rational approach. Truth be told it’s no secret the state is run on foreign aid. Yes, that’s what International Monetary Fund (IMF) loans and the Asian Development Bank’s (ADB) money is.

Foreign Funded Aurat March is a weird trend in a country that runs on IMF loans.

So when will be women provided with their constitutional rights? Is the security of citizens in a welfare state, really a ‘Western agenda’ we must resist? How do we explain the rampant issue of sexual violence against women, children and even animals in Pakistan?

These are the same rundown arguments we hear against Aurat March each year: from attacks on culture and Islam to foreign funding. Have these claims ever been substantiated before?

Given the fact that most developments in Pakistan from medicaid to agriculture is financed by foreign aid, why does it make any difference if Aurat March was foreign-funded? Is the resistance rooted in conservative attitudes?