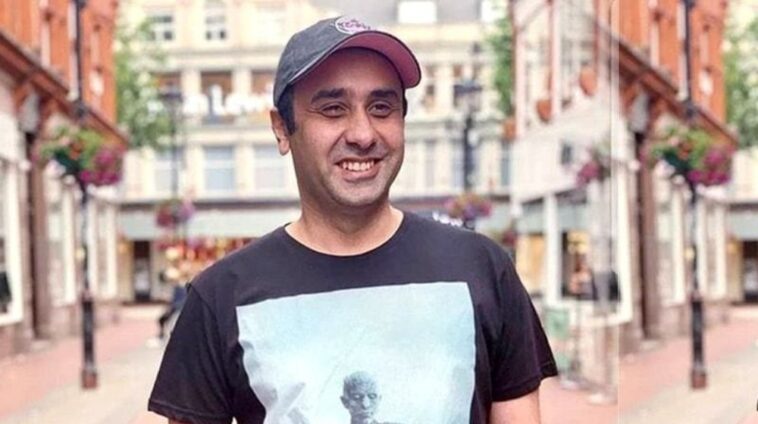 People in the public eye do get appreciated for their work but are also subjected to trolls. Though these trolls aren’t limited to cyberspace. In a first, filmmaker Wajahat Rauf is calling out an editor at the Express Tribune for trolling him.

He challenged his critic to a duel, just a verbal one. The man behind the hilarious ‘Voiceover Man’ brought his sharp wit and sarcasm to the fight.

Are Pakistani Filmmakers Looking Forward to Life After Lockdown?

In a Facebook post, the Chhalawa director shared how warranted or unwarranted criticism isn’t a problem. However, he then shared how putting up his family pictures for trolling is not okay.

“I love trollers. Some might need to behave themselves for the sake of their image, but I say bring it on.” 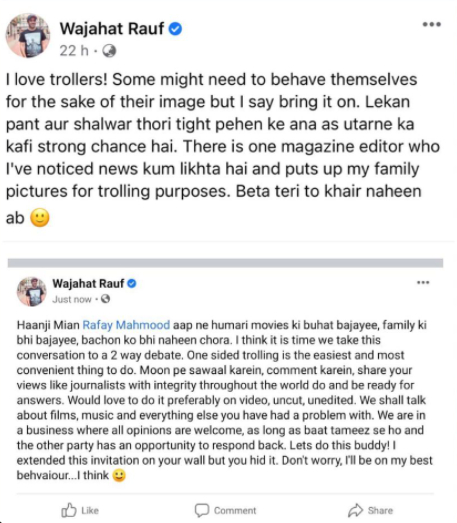 He then called out the head of Express Tribune’s entertainment section Rafay Mahmood to have a one on one with him on an uncut and unedited video. The filmmaker wants to clear the air on everything the editor trolled him on; his films, family, and to ‘everything else he had a problem with’.

“I think it’s time we take this conversation to a two-way debate. One-sided trolling is the easiest and most convenient thing to so, …. Would love to do it preferably on video, uncut, unedited. We shall talk about films, music, and everything else you’ve had a problem with.”

Dragging the fam into it seems to be the last straw that finally had Wajahat Rauf clap back. He straight up called out the editor on his wall. An invite which the Karachi Se Lahore filmmaker says the editor hid.

“I extended this invitation on your wall but you hid it. Don’t worry I’ll be on my best behavior … I think.”

So are we looking forward to a faceoff? While celebs often get used to the scrutiny being in the public eye, everyone has their red lines. We need to be respectful towards every average individual and celebs are no different.

What do you think about Wajahat Rauf calling out the ET editor? Who are you rooting for? What is something you’d want them to address? Let us know in the comments section. 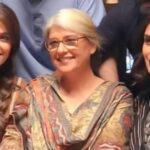 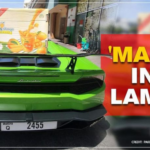