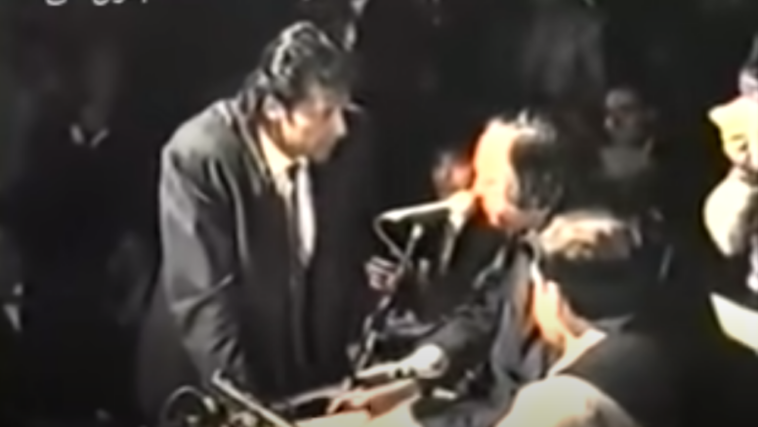 Nusrat Fateh Ali Khan is a legend, who the world knows as “Shahenshah-e-Qawwali”.  Although it has been over two decades since NFAK passed away, his legacy continues to inspire us.

NFAK is widely regarded as the greatest Sufi singer of Urdu language in South Asia. Over the course of his career, the Shahenshah-e-Qawwali has produced numerous hit qawwalis including Mere Rashke Qamar, Yeh jo Halka Halka Suroor Hai etc.

The legendary singer took the whole world by storm and made millions of fans wherever he went.
Even PM Imran Khan couldn’t resist listening to the music maestro. 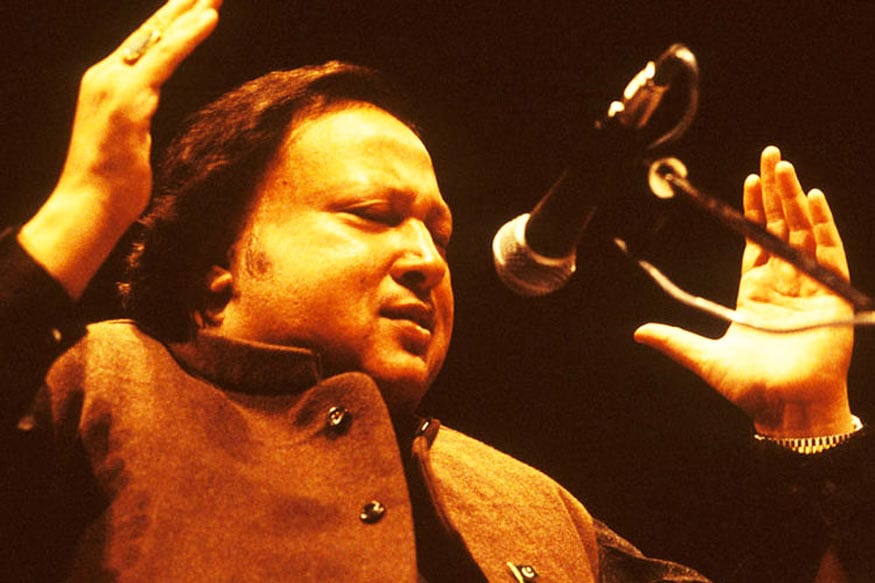 An old video of the premier is circulating on social media, where he can be seen requesting a special Qawwali from NFAK.

Imran, in the video got up from his seat and went to meet the maestro to request him a special Qawwali, Ali Da Malang.

According to Nusrat Fateh Ali Khan, he would request the same Qawwali at every show. The maestro then went on to perform it for the audience and Imran Khan can be seen praising it from the crowd. Let’s take a look at the video. 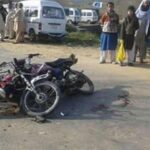 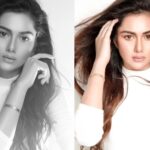