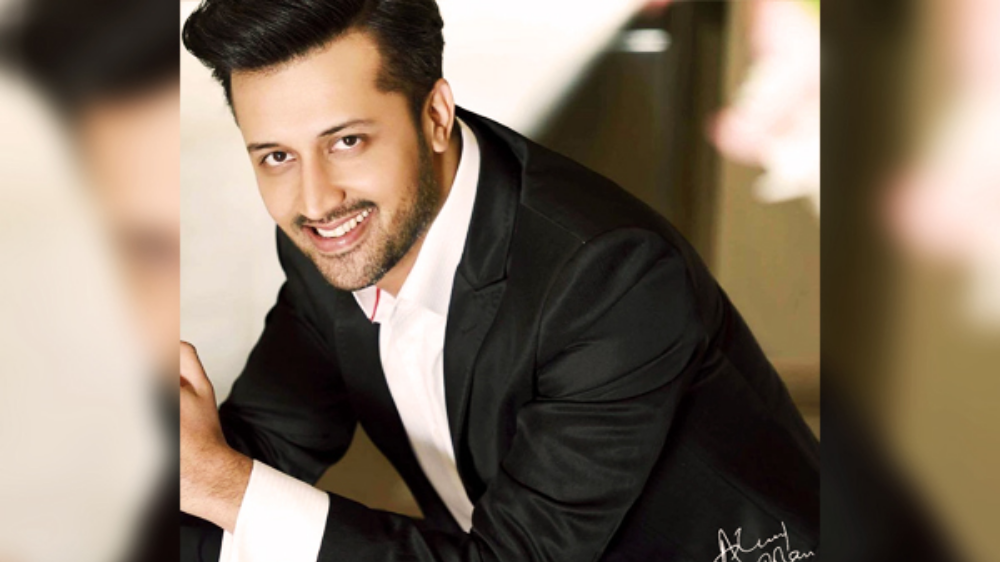 Despite being talented artists, plenty of celebs land in hot waters for using their platform to propagate problematic ideas. Not Atif Aslam though. So fans want other celebs to take note.

Whether it’s diva antics or problematic comments, we never hear about Atif Aslam wrapped up in any such controversy.

To this day we don’t even know who he voted for or if he even votes. That’s why Netizens are asking other celebs to follow the ‘Atif Aslam model’.

“All celebrities should follow the Atif Aslam model in which we barely know or hear anything about him but his music and it stays that way.”

Noor Hassan Sends a Rude Troll Back to School

When a Twitter user shared this observation, people came forth with their Atif Aslam stories. People shared incidents of the Tera Honay Laga Hoon singer being polite to straight-up being a role model.

Atif might not share details of his personal life with fans but he was kinder than the average stranger when it comes to interacting with fans.

Made small talk and all I can remember how down to earth and humble he was. I told him I’ve seen him play Cricket in the park near my house and he said “apkay paass Bohat information hai merey baray mein” jokingly.

This was the year 2007 if i remember correctly lol.

Attended a charity concert a few years back. After his performance he waited back stage for what must have been 30+ minutes for people to take pictures with him. Not hasty selfies. He would let you stand next to him and take proper posed pictures!

Instances of the 12 Bjey singer’s charitable efforts also made their way into the conversation. Turns out that happens a lot, he just doesn’t post about it.

Once I was on duty in my hospital and went to see another patient in another ward and came back and my interns told me that Atif Aslam just came and gave food to all poor patients. Later I found out that it happened quite often.

There are so many heart-warming stories of how he’s the ultimate gentleman with fans.

“And said jazakAllah a lot” 😂😂cute

Tagged him in a random insta post about how some of his renditions have a lot of spiritual meaning for me, and he DM’d me and took me and my mom out to dinner. Spent the whole time discussing Sufi music and Abida Parveen. Beautiful human being. https://t.co/kQR1Mqoyei

How sweet! Hes done that for me and my mom too 😭 what a gem of a person

we saw him in dec 2017 at dxb airport. my mom randomly said “mr.aslam?” And he turned around with the biggest smile. i was on the way to my nani’s funeral and that warmed my heart so much 🥰

I remember when I was flying to US with my daddi. Atif Aslam was in it. The inflight entertainment had poker where you could play with other passengers. So i had 2-3 matches which i lost 2.

After that went to get his autograph. He said ‘you play nice poker – Atif’

The emerging Sufi singer is quite a humble soul in real life.

Once close to aftari time a car was blocking my way in the drive way off a bakery, I honked and the person ran back to his car and made way for me to leave and apologised as well. That man was Atif Aslam

There were even instances of the singer remaining as cool as a glacier when meeting people unaware of his stardom. Not one story of ‘Do you know who I am?‘

Was at the US Embassy ISB about 8 years ago. He's there with a gang of 5 other bandmates, seeking entertainer visas to the US. Dude starts talking to me on his own. I didnt know who he was. He is not at all offended. Now we're team AtifAslam all day. The real deal ❤

i didnt want to create a scene so I didnt say anything, but when he walked out of the elevator we had a nice convo, I didnt even ask for a picture but a few weeks later I saw him at the Karachi airport & he recognized me as the fan who didnt ask for a picture earlier (dw I got 1)

People also mention how he handles rude people. With grace.

He is genuinely the nicest person you'll ever meet. So humble and damned respectful. Have run into him socially quite a bit. He really takes everything in stride even when people become pushy and aggressive.

So maybe others celebs should take note.

Ikr? Like he literally stays out of trouble and minds his own business.

Do you have a wholesome Atif Aslam story you want to share? Drop your experience in the comments below.