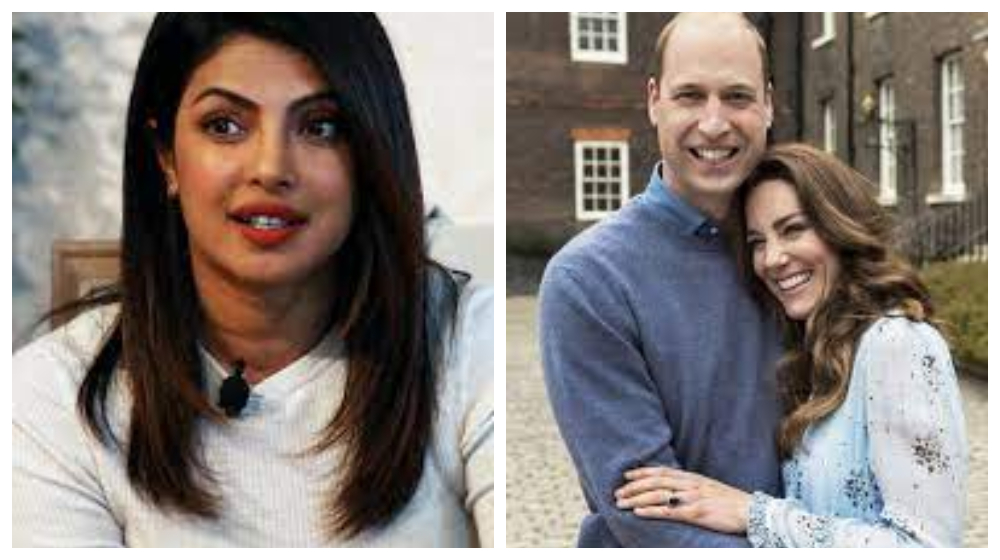 Are you really best friends if your pal doesn’t make a bigger deal out of something that’s bothering you than you do? Seems like Priyanka Chopra snubbed the Duke and Duchess of Cambridge at Wimbledon.

it's Priyanka Chopra not applauding to the Prince's arrival for me pic.twitter.com/ZFDvw11F11

Relations have been strained between the Sussexes and the rest of the royal family ever since Meghan Markle and Prince Harry’s tell-all interview with Oprah Winfrey. In the interview, the Duchess of Sussex even revealed that the Duchess of Cambridge made her cry days before her wedding in May 2018.

So when Bollywood diva and Meghan Markle’s bestie, Priyanka Chopra didn’t applaud for Prince William and Kate Middleton at Wimbleton, Netizens called it a fitting snub by Meghan’s bestie. While everyone clapped for the Duke and Duchess of Cambridge’s entry at the Wimbleton Women’s Singles Final, the Quantico star didn’t.

So royally snubbed or ignored amid the game? There was roaring applause from the crowd for the Duke and Duchess of Cambridge as they took their seats. That’s kind of hard to miss.

Instead of joining in, the Baywatch actress fiddled with her scarf. She even looked away as the couple mingled within her line of sight.

Naturally, Netizens assumed that the ‘Desi girl’ did so in support of her friend Meghan Markle.

I love seeing #Desigirl #PriyankaChopra not clapping for the other brother, as she's having her very own scarf moment. That's my girl! 😂👏👏👏👊 #famousfriends https://t.co/qoTB4lYSy2

Will Priyanka Chopra be the Royal Baby’s Godmother?

People even brought up a similar clip from the past that showed William fiddling with his own scarf while Meghan Markle was trying to speak with her brother-in-law.

That clip from 2018 made this incident with Priyanka Chopra really seem like Meghan’s best friend getting even.