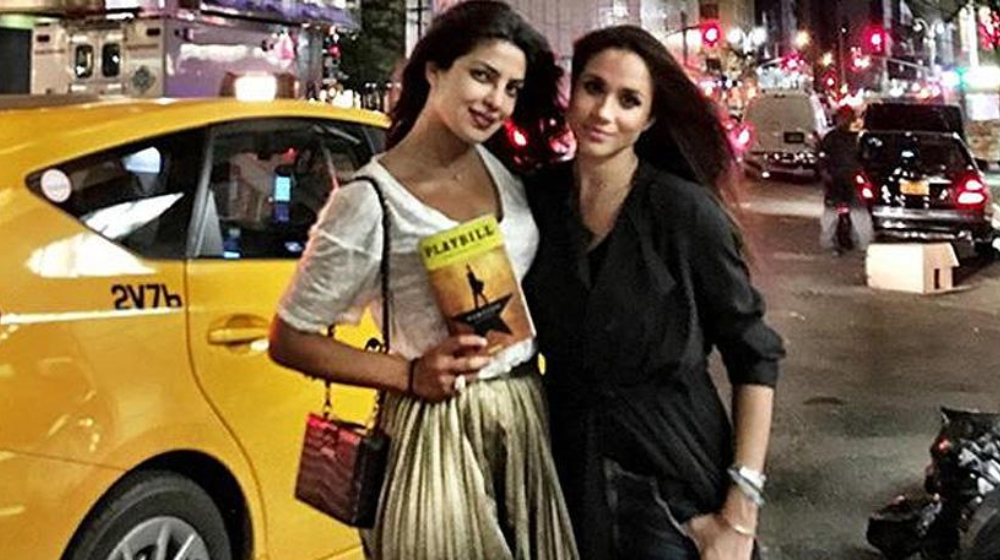 It is a custom that immediate family cannot be godparents to heirs of the royal family. This information, paired with royal commentator Andrea Boehlke’s statement that ‘Meghan and Harry may consider someone from outside the royal family to do the honors’ has us guessing who these lucky folks are.

Nick and Priyanka Are Officially Married

Will Priyanka Chopra be the Godmother?

The couple can not ask immediate family such as brother Prince William and Duchess of Cambridge Kate Middleton to be godparents to their child.

The royal commentator Andrea Boehlke also said that Meghan Markle’s best friend Jessica Mulroney is being considered for the role.

“We’ve been talking about Jessica Mulroney, she has to have a shoe in. She’s Meghan’s best friend.”

If that’s the case Meghan’s close friend Priyanka Chopra can also be a potential candidate for the role of royal godmother.

Meghan and Priyanka go way back, even before Meghan’s Suits days. Priyanka was also invited to the royal wedding and prior to that it was even assumed that she would be a bridesmaid. In the end, the bridesmaids were royals as per tradition.

Now that we know royalty is not a criteria for being a royal godmother, we’re rooting for Priyanka.

It is pertinent to note here that another royal couple, Prince William and Kate Middleton chose distant relatives to be godparents to Prince George and Louis and Princess Charlotte.