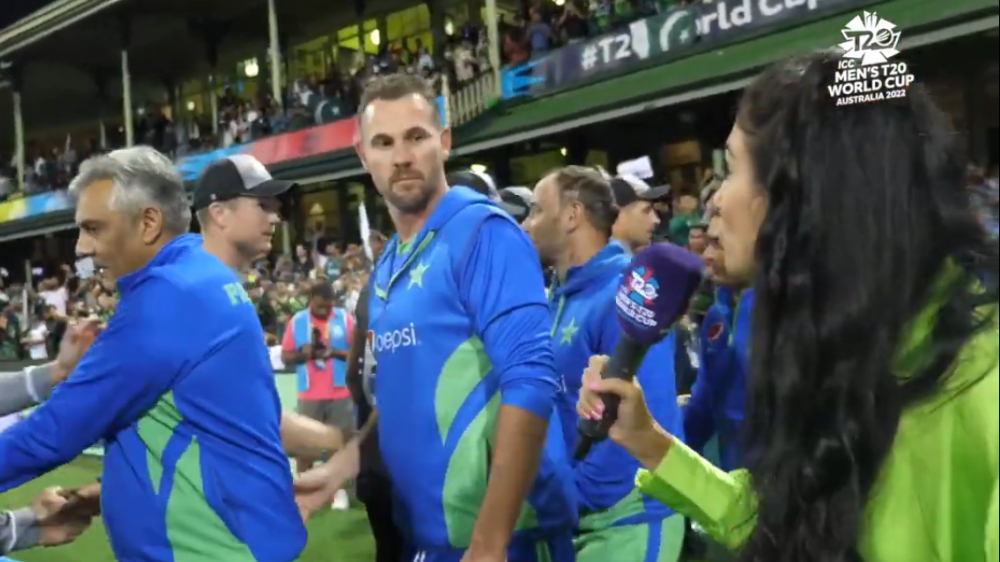 Sports presenter Zainab Abbas had an awkward moment yesterday when she attempted to get a comment from Pakistan’s bowling coach, Shaun Tait, after the team’s T20 World Cup semi-final win against New Zealand in Sydney, Australia yesterday.

She rushed to the Pakistani players and staff as they were meeting the New Zealand team and called out to Shaun Tait a few times but he seemed to ignore her.

Despite the Australian’s coldness, Zainab Abbas remained professional and carried on with her job to describe the electrifying atmosphere in the Sydney Cricket Ground (SCG).

A tweep shared the video clip of the awkward incident as it went viral on social media.

One user hilariously suggested that Shaun Tait was “still in shock at how his fake account is getting more attention”.

He is still in shock at how his fake account is getting more attention.

Babar Azam and his team put on a brilliant performance against New Zealand yesterday at the SCG. Shaheen Shah Afridi and Pakistan restricted the dangerous Kiwis to just 152 for 4. In response, Pakistan’s star batters, Mohammad Rizwan and Babar Azam, found their form at the right time and responded with another century partnership, while Shan Masood took the team over the finish line. 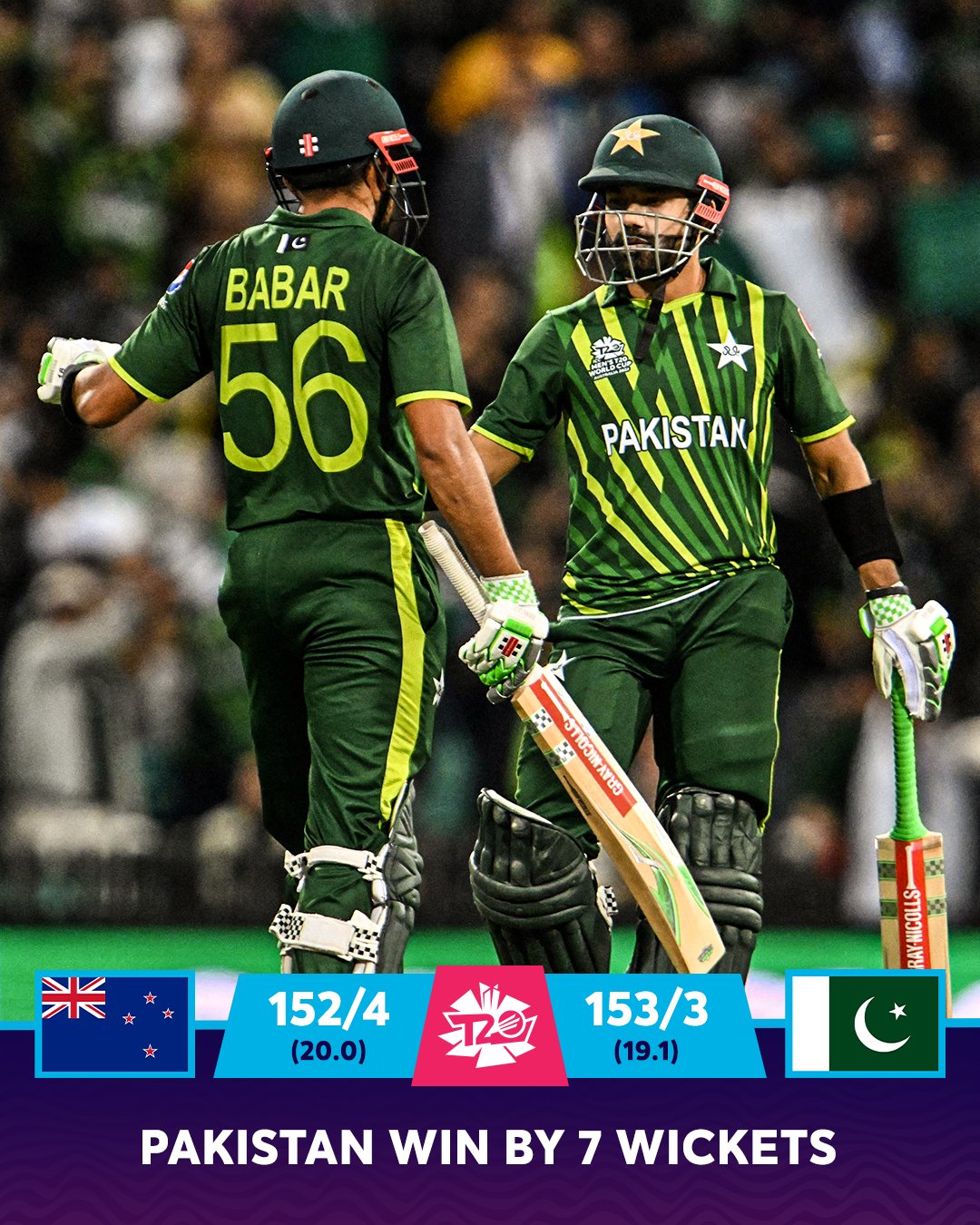 Note that this is Pakistan’s first appearance in a World Cup final since 2009.

ALSO READ
‘I Love Him as Much as Daaro Loves Noori’: Humaima Malick Backs Feroze Khan Amid Domestic Violence Scandal

Zainab Abbas is a Pakistani television host, sports presenter, commentator, and former makeup artist. She showcased her remarkable skills in these fields and then emerged as the first female Pakistani sports anchor to join the broadcasting world on an international level.

She came into the limelight when she co-anchored the Pakistan Super League (PSL) opening ceremony back with English county player, Alan Wilkins, at the Dubai Cricket Stadium for Dunya News in 2016.

Zainab Abbas won the Sports TV Host of the Year award at the first Pakistan Sports Awards in 2019, and was included in the 100 Most Influential People in Asia/UK/EU in July 2020 by the New York Press Agency.