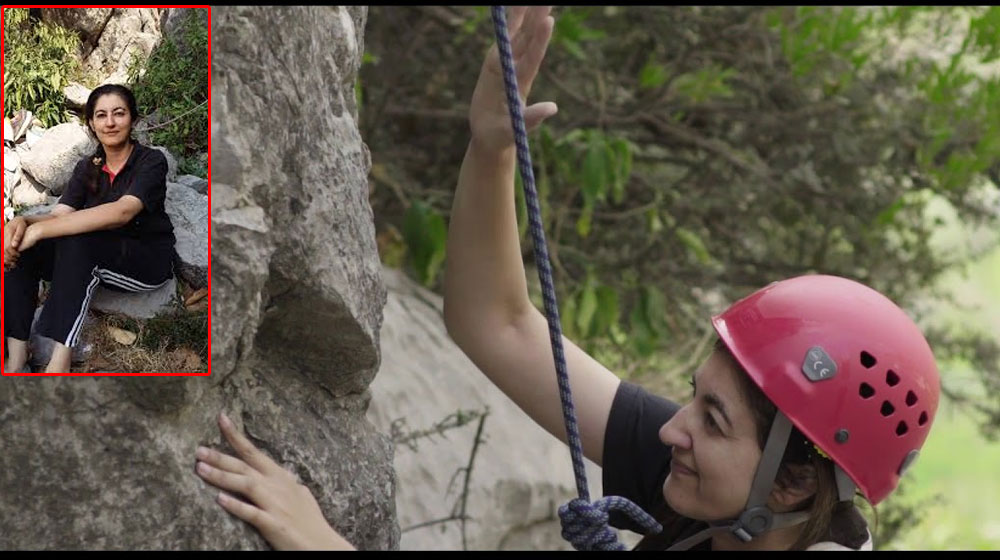 There is a Persian proverb:

“A blind person who sees is better than a seeing person who is blind.”

One needs only look at 45-year-old Zarina Hassan to understand what that proverb means. Despite her blindness, she is living her life on her terms, going on mountain climbing, painting, and more!

Zarina is a mother of three children. She is also a doctor with a Master’s degree in Molecular Biology and Pathology of Viruses, from Imperial College.

Despite losing her sight to glaucoma in 2015, she hasn’t stopped living her life.

Here’s how she reflects the life-altering experience on Samaa TV’s Naya Din:

“It all started ten years back when I realized that I couldn’t see anything from my left eye, however, after the diagnosis it was revealed that I had glaucoma.

For five years, I could only see from my right eye, but then in 2015, my other eye got affected too, and I lost my vision completely.”

The brave lady had to give up her job due to her disability, but she refused to give up on her dreams. Zarina is now a self-described writer by choice, a rock climber by passion and an accomplished painter by virtue.

“As a woman, we tend to excel in every role and skill that has been given to us, like being a mother, sister, or wife. I think it comes to me naturally that I can do painting, social work and also rock climbing all at once.”

So far, Zarina has trekked Islamabad’s Margala Hills and some mountains in Skardu and Hunza.

She never lets her disability get the better of her, always keeping herself busy with social work. She inspires people with disabilities to never lose hope and have faith in themselves.