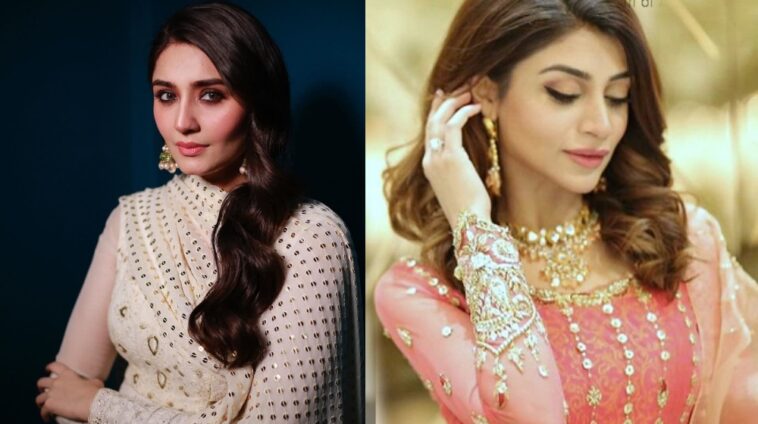 With the celebrity spotlight comes celebrity rumors. Lately, there has been word of a Zoya Nasir and Dur-e-Fishan Saleem feud. The Zebaish actress has finally addressed the rumors.

Zoya Nasir issued clarification about the rumored beef between her and fellow actress Dur-e-Fishan. In response to a media portal’s post speculated the rift between the Dilruba actress and herself, Zoya called commented with the truth.

It all started when the Bharaas actress responded to a Netizen with the username of ‘Zoyanasirkhan11’ on her Instagram for alleging that the starlet morphed her pictures to look thinner. 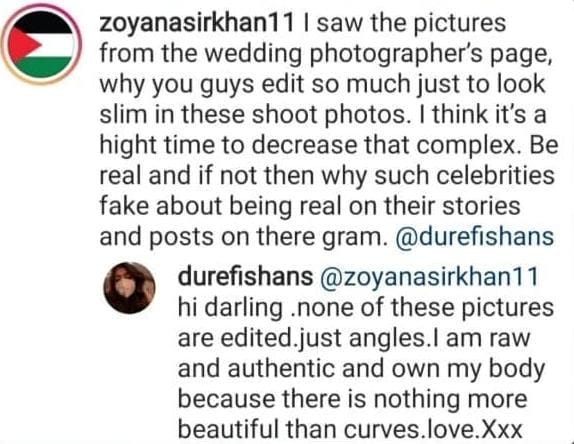 Dur-e-Fishan Saleem clapped back saying she hasn’t edited her pictures to look a certain way, its just a matter of camera angles. She added that nothing is more beautiful than curves and she loves her body.

People assumed she clapped back at the Deewangi actress. However, Zoya Nasir has now clarified that she is not the Netizen who commented on the Pardes actor’s post. She even shared how she is receiving threatening messages from Dur-e-Fishan’s fans. 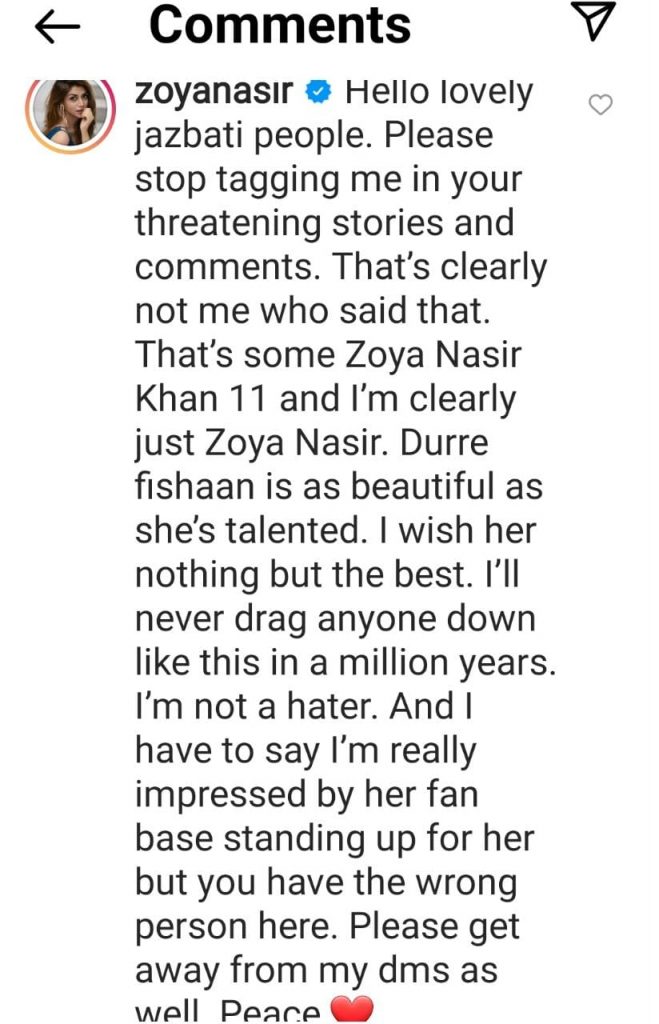 Dur-e-Fishan’s fans assumed the Netizen and the Hania actress are the same. So Zoya Nasir had to clear the air on the matter.

It’s appalling how fans of one celeb rushed to attack another over a social media spat. Especially when the starlet being attacked wasn’t even part of the conversation. Now we finally know the truth about the alleged feud between Zoya Nasir and Dur-e-Fishan Saleem.

Netizens can go extremely overboard defending fandoms or attacking critics. Just recently a man had to be arrested after leveling rape threats against Virat Kohli’s infant daughter. Many trolls resorted to such horrendous threats after the Indian cricket team failed to make it to the finals in the T20 World Cup 2021. 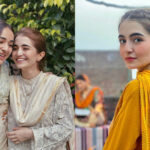 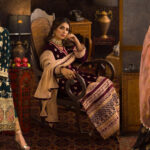