Budget 2008 has badly impacted the telecom sector; specifically the cellular telephony which has witnessed a significant rise in recent years will be the worse hit of the consequences of current year budget. 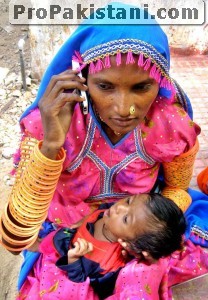 There has been a debate that the government had no other industry to reap the taxes but from the telecom sector. However, on other hands, few experts analyze this situation in a different angle. They opine that heavily relying on telecom, which is already paying so much to government, is going to weaken the economic capabilities of this industry. Not only the telecom users but telecom companies also pay huge money for their licenses to the government of Pakistan, which values $147 million annually.

Let’s review the fact that imposition of federal excise tax, cellular users will give away 31 Rs out of 100 to the government under the name of taxes, leaving them with only 69 Rupees to use for air time. Financial experts say that this increment in taxes will make PKR 15 billion from customers only.

Cellular industry paid PKR 100 billion taxes in year 2007-08, and the expectation are they will hit PKR 120 billion mark this year.

Government should had considered at least the elimination of SIM activation tax (which is PKR 500 per new SIM) to help the growing industry, and to also encourage investors that are keenly eying emerging markets like Pakistan.

Cellular companies are in tough price war to offer low calling rates to mobile phone users of Pakistan, however, all those efforts may get disturbed. Along with, the additional tax of PKR 500 on handset will further push the sales downward way.

The thought of benefiting the telecom sector by relieving taxes is considerable specifically when 210,000 people are directly employed and over million indirectly employed in telecom industry. Elimination of taxes may not bring short term goodies but it could help the country to gain economic stability in long run.