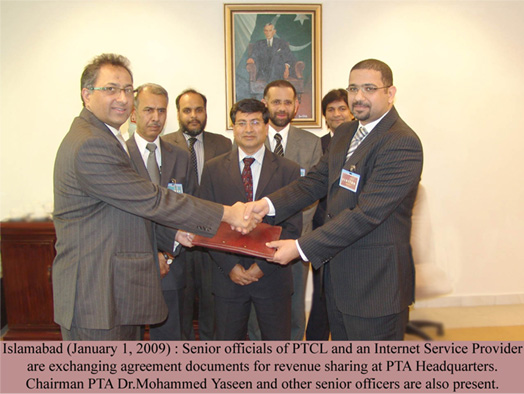 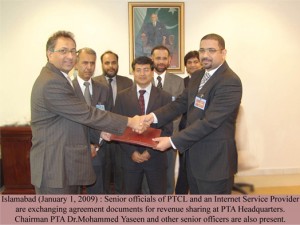 It may be mentioned that ISP industry, over the past few years was not making headway and was facing difficulties in expanding its user-base inspite of low tariffs. With the signing of this agreement with PTCL, ISPs will now offer internet services at zero tariffs to general public on postpaid mechanism. The users will only be charged local call tariffs for 20-minutes pulse by PTCL revenue for which shall be shared between PTCL and ISPs. It is expected that internet will now proliferate to every nook and corner of the country as internet users can be able to avail free internet services of any ISP of their choice without the hassle of buying prepaid cards.

Previously, the internet dialup services had unlimited metering, however, on the request of PTCL and ISPs, PTA has agreed to change pulse duration of 131 calls to 20-minutes provided the ISPs shall not charge the users for internet services. This decision by PTA will go a long way in bridging the digital divide across the country. It is hoped that this will also benefit the development of the telecommunication services in general and ICT services in particular. Other ISPs will also sign similar agreement with PTCL.

Chairman, PTA expressed his gratification on the cooperation extended by PTCL and ISPs in making this positive change possible. He was hopeful that with this sense of cooperation and mutual trust, similar agreements will also be made for proliferation of broadband services in the country. He said that broadband users are expected to grow to 5 million by 2010 in the country.