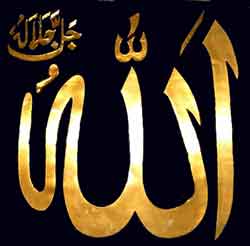 ProPakistani.com tries to highlight those issues which are somewhat sensitive and they are rarely discussed anywhere else. Through this article, I want to raise a question, that how Islam conflicts current Information Technology Scenario.

As we all know, Islam prohibits drawing or making human sketchs in any form – drawing, painting or photo. But our as a Computer Graphics professional, we use the human based graphics on thousands of categories on daily basis. For creating a human sketch or painting we normally use our 2D, 3D or other graphical software.

Now a question comes to my mind that, if is this Islamic, and if Islam allows us to create human models in 3D or 2D or in the vector format? When I asked this question from a recognized Mufti in Defence Karachi, he strongly said that it is prohibited to create any human model in computer graphics as it is on paper. Mufti further elaborated that, creating details of face, such as eyes, nose and lips along with expressions not allowed at all.

But we also know that we make tons of very charming and attractive verses just with the help of designing software.

Now if we are creating lots of human just to make our strong portfolios or to provide the facilities to Advertising Agencies / TV channels than it’s not allowed in Islam to work on these lines.

With such an aspect, I doubt if we are going on the right path… however, I understand that there is a positive aspect of IT for Islam too.. At the same time, I also want to share that how internet or Information Systems are aiding us to spread Islam across the borders – these Islamic websites, such as Qurango.com, darsequran.com are actually facilitating the mankind to get the guidance easily.

As we all know that IT is the media where you can spread your information and can convey your message to the millions of people in most comprehensive span of time. I personally, consider the Electronic Media and Internet Media almost the same; in fact Internet Media is more appropriate to reach the masses instead of Electronic Media (that’s another debate by the way).

By utilizing the Internet medium, there are many people who are educating the masses with initial lessons to advanced Islamic studies. There are millions of people that interact with each other to resolve their problems and to learn the religious knowledge.

I am leaving this topic without any conclusion, and leaving this upon you guys to decide, about Graphic Designing Software and its imprementation in Islam.