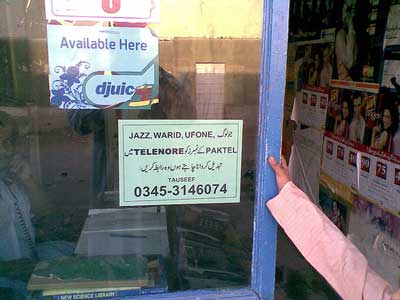 While reading some interesting articles on ProPakistani last week about the Paisa and VAS War at peak in the Cellular companies’, I came across some very interesting Competition campaigns which starting gearing up earlier this month.

Reportedly, Telenor Pakistan has initiated this campaign in far flung but populous cities of Pakistan, such as Rahim Yar Khan, which is located at the junction of Punjab and Sindh. By the way, Rahim Yar Khan is always considered as the hotspot of many cellular campaigns. Now let me share a NEW SENSE OF COMPETITION initiated by Telenor in this City.

Telenor Pakistan has decided to launch its Mobile Number Portability Campaign in a new way from Rahim Yar Khan, According to the reliable sources and Market Heads, Telenor is conveying a message to their retailers about the competition, which is all about targeting the other Cellular Network users to shift to Telenor. In this Regard they have announced five prizes of motor bikes for its retailers, and 3 motor bikes for its Retail Sales Officers. Company has also announced that Rs. 25 will be given to the retailers for every MNP in addition to the chance to win Motor Bikes. 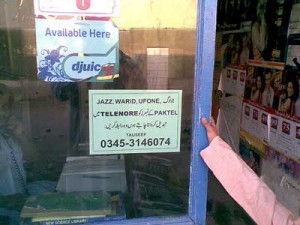 The retailers will have to register every number they convert to Telenor by dedicated number 668 by sending SMS. In this way Telenor will update the retailer database. In its first phase, this Campaign will start from 25 Feb and will continue till 25 April. Every Frenchise is given a target of converting 30,000 numbers. The suburbs are targeted specially in this campaign where customers are finding difficulties in using other cellular Networks. The Main focus is on the retailers and opinion leaders in the suburbs of the city and neighboring villages which forms a considerable amount of customer base.

Now the catch is that you can’t offer any incentive for converting any number from other network to your network through MNP. But we know that Telenor has been silently convincing customers to get on-board through between the line messages.

It is obvious that going sensible is wiser than to go Aggressive!

The Reasons behind launching this campaign are:-

Objectives of this Campaign