Just two days back Facebook acquired Friendfeed and now it is going to launch Facebook Lite. Just moments ago Facebook notified thousand of users including me about beta testing of Facebook Lite. But right after a few minutes the message disappeared.

Here is the full text notification which you must have seen if you were selected:

We are building a faster, simpler version of Facebook that we call Facebook Lite. It’s not finished yet and we have plenty of kinks to work out, but we would love to get your feedback on what we have built so far.
Check out Facebook Lite now at http://lite.facebook.com.

But the link is not working right now. May be Facebook is fixing it or something. Seems like Facebook is going to do something big this summer. Stay tuned for more updates.

Update: Apparently, Lite version is not working for many of us. However, TechCrunch has spotted this screen shot.

Through this screen shot, it looks Facebook will be launching a simplified version, with some featurs being in-active. TechCrunch citing a communication says that this lite version is basically for those countries where growth in FaceBook visitors is exceptional, while they need something simple to kick off. 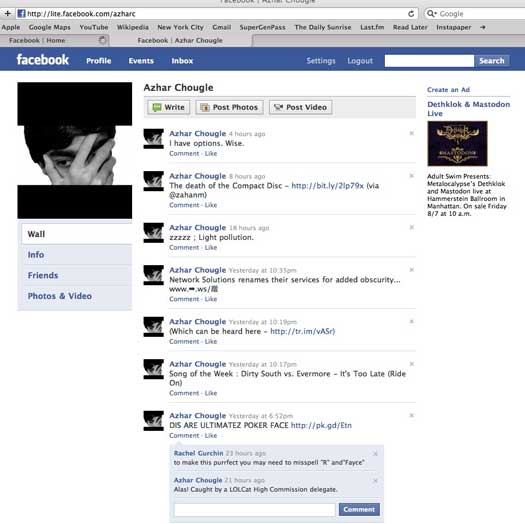