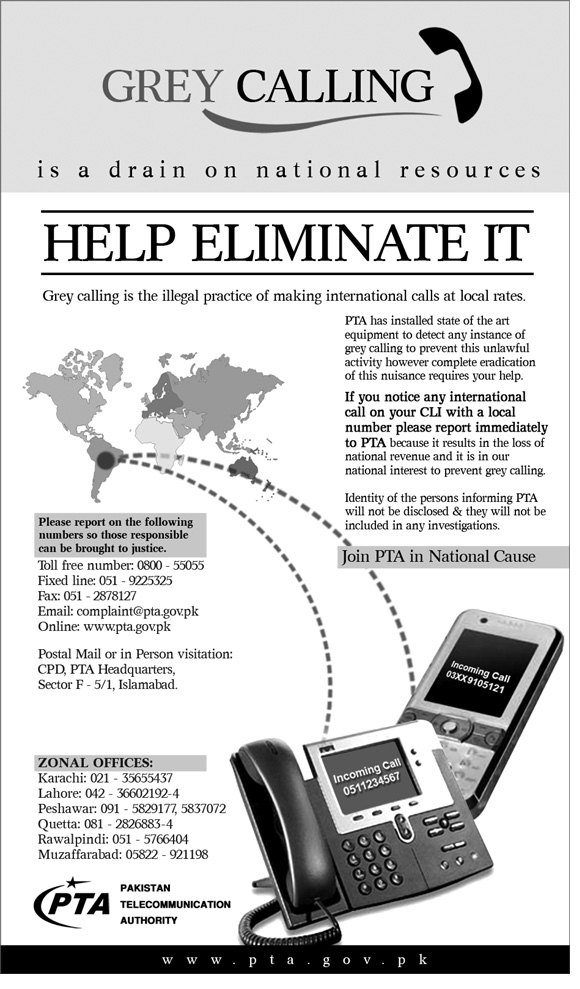 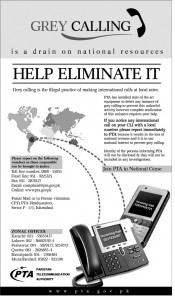 PTA has started the campaign to call the spade, a spade. They have asked the fellow countrymen to identify all those people who are busy in Grey Calling; through an advertisement it has said to notify the authority all those local numbers, which carry calls from international destinations.

According to PTA, Grey Calling is a drain on national resources.

Grey Calling is actually the way around of making international calls on local rates. You would have seen a local number during incoming call on your cell sometimes but in actuality the call is from outside country.

Question of the hour is that does it really matter to fellow countrymen? What is in their for countrymen to identify those culprits? Why should fellas help a government organization when everything is going against them? Why should people let the PTA know about the Grey Calling and deprive their loved ones from making cheap calls from abroad?

I wouldn’t have called them. What would you have done??

Note from Editor: You got any such local number? that brings you international calls? notify such numbers to PTA, using following contact information