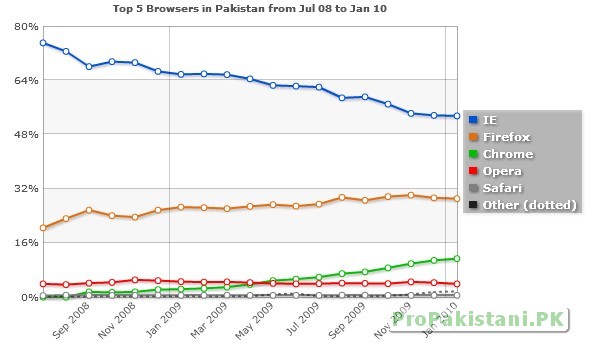 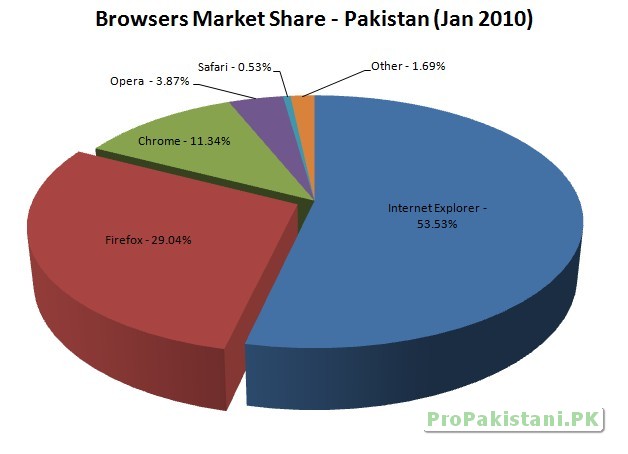 Internet Browsers market share in Pakistan is somewhat not similar than of the stats coming from the rest of the world. However, the trend happens to remain the same in this region as well.

Internet Explorer (all versions) is on decline, while Firefox and Google Chrome’s share has been rising with the time.