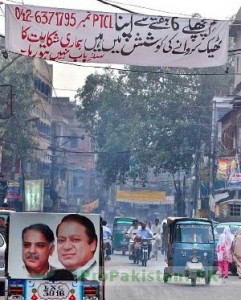 Pakistan Telecommunication Authority has said that it received a total of 13,325 complaints against all the operators during 2008-09. Majority of these complaints were against mobile cellular operators, pretty natural as they share major subscriber base.

This year, the Authority also received complaints against the Pakistan Mobile Database, a company which is responsible for Mobile Number Portability in Pakistan.

The maximum complaints [40%] were received about misuse of service – obnoxious & fraudulent calls/SMSs and illegal practices. After the SIM verification system in place, many complaints [13%] were made regarding transfer of connections ownership, issuance of SIMs, blocking of number/SIM without notification and non registration of SIMs.

This year again, service disruption remained one of the major complaints. There were almost 5% complaints related to the matters of billing, overcharging, unjustified deduction/tariffs and non-issuance of bills. 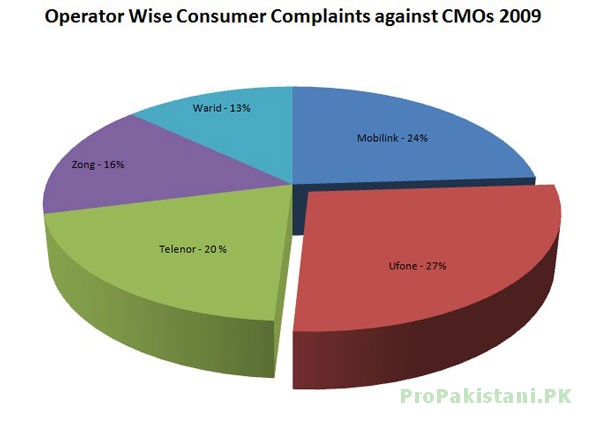 There was a significant portion of complaints against the incumbent PTCL.

Quality of Service remained a major problem at PTCL’s end, and about 73% complaints were received for poor quality and disruption/faults in service.

There were 9% complaints regarding provision of service activation/restoration/closure/ up-gradation, and 6% complaints for poor customer Services.

In addition to that, there were complaints against obnoxious calls and value added services.

PTA said that 95 percent of complaints were resolved during the reported year.