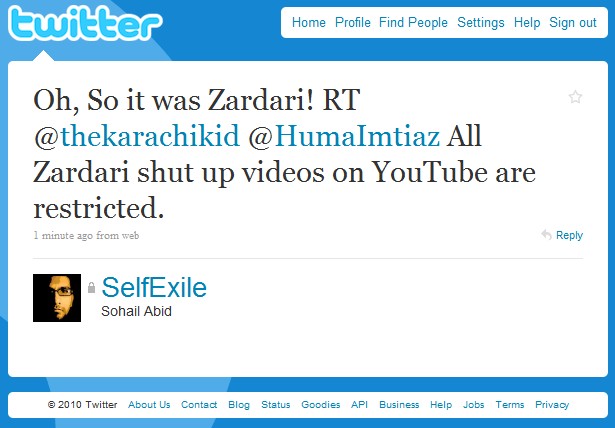 We have received multiple confirmation from various sources that YouTube has been banned in Pakistan, at least on some ISPs.

We are checking ISPs and authority for any official word on it. We will update this story, when and if we get anything further in hands.

Update: YouTube is back. We are told by sources that during filtering policy update, YouTube got banned by mistake. We are yet to get any official word from PTA.

Update 2: Looks, not all of YouTube got back, as President Asif Ali Zardari’s recent videos are still restricted. So, apparently the puzzle has been solved.

We will update this post, when and if we get any word from PTA or ISPAK.