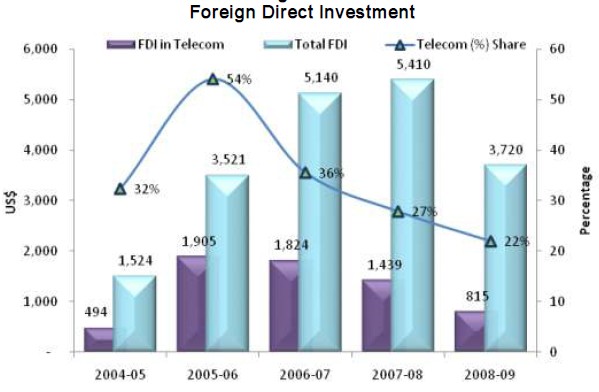 State Bank of Pakistan has reported that net foreign investment fell by 34.4 per cent to $1.466 billion during July-January against $2.234 billion in the same period last year, reported the media.

As per reports, State Bank said that this fall in FDI is observed in almost every domain, including telecom, financial, cement, oil and gas exploration and automobile sectors.

Following is what Dawn Said:

The details provided by the State Bank show that massive fall in investment was noted in the telecommunications sector which received just $209 million during those seven months against $713 million, a decline of 70 per cent.

Under this head, information technology also suffered heavily as it faced disinvestment of $96 million compared to a net investment of $53.3 million during seven months of last year.

Overall FDI details and investment in telecom sector over past 5 years is shown in below graph!