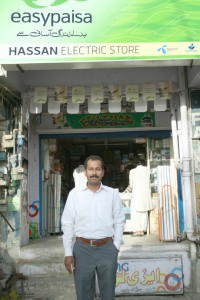 In this interview they talk on theme, business model and convenience behind Telenor’s financial products.

Telenor first took an interest and formed its financial services group in 2001 and by 2006 it was clear that the market for telecommunication services was quickly reaching maturity.

The question is whether the telecoms industry has anything to contribute to reaching the bottom of the pyramid – the unbanked masses – and helping to provide them with financial services. It is not about competing against banks, but rather about working together to reach out to those communities in a cost-effective way.

There are three key strategies where a telecommunications company can engage in providing financial services.

Back in 2007, Telenor Pakistan started a dialogue with the Pakistani authorities and Tameer Bank, a micro-finance bank with a mission to serve the rural unbanked. The question was how best to roll out a branchless banking network to reach out to the poor, rural people without having to establish costly banking branches or ATM networks. The two were already in dialogue when the state bank came up with branching banking rules in 2008.

However, the Pakistan State Bank’s guidelines were bank-led, which meant the bank held the licenses, offered the services and could use others as agents in the model. The bank does the risk management, the planning and money matters, while the agent does the distribution, the branding and communication with the customer.

Telenor was not satisfied with a partnership agreement, given issues with what happened elsewhere, hence it sought approval and finally bought 51 percent of Tameer Bank to ensure stability in the partnership.

Telenor Pakistan and Tameer Bank are two legal entities, but operate with a virtual balance sheet statement. Revenue and expenses from both sides are tallied and then the profits or losses are shared between the two entities. The customer-facing brand is EasyPaisa.

Arif Abdul Qayyam, Director for Telenor Financial Services Pakistan, said that the state bank had been very thorough in evaluating Telenor’s request. The issue was a balance between stability, flexibility and the effectiveness of getting financial services out to the unbanked.

Telenor Pakistan has 23 million mobile users. Compared to traditional banks, Telenor’s 150,000 dealers and telephone network coverage have a much broader geographic and demographic footprint. Initially, Telenor is training 6,000 of its best dealers to offer financial services and the plan is to expand this training to around 20,000 to 30,000 dealers. In contrast, Pakistan has just 9,000 bank branches and 3,000 ATMs nationwide.

Retailers are used to receiving money and giving out goods and top-ups, but now they have to be trained to understand systems that also included giving out cash and balances. 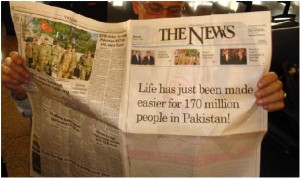 The first service offered was utility bill payments. This is easiest as there is no cash out, only cash in. The second is a remittance service where people can send money from one place to another. Only recently has EasyPaisa opened a mobile wallet, a current account that can be operated from a mobile phone.

Qayyam said that EasyPaisa will soon add savings accounts, international remittances and insurance to the service offerings. Pakistan receives an estimated $8 billlion (258 billion baht) in international remittances with an estimated equal amount again in the informal economy. Many people still save money through the “under the mattress” model and it is hoped that the deposit account will bring some of those savings back into the financial system.

EasyPaisa was the first but the State Bank has now approved other similar partnerships, which Qayyam welcomes, as it will help build confidence in the system.

Compared to other financial services offerings in the Telenor group, EasyPaisa is the first opportunity to offer the full range of financial services that people need. Bill payments and transaction services are not enough. The central idea of micro-finance is to get people out of poverty by giving them the ability to absorb shocks from day-to-day life and store money so they can build assets. Doing this requires micro-payments and the flexibility to take very small insurance premiums.

It is pointless if this project is run at a long-term loss and the idea is to develop a model that is sustainable and can scale. Training has been a major investment, as has the cash management and forecasting cash requirements for the branch every day. Telenor runs its own fleet of armored cars and trucks carrying cash and, in some cases, has partnered with local banks by issuing dealers with ATM cards so they can withdraw money from the bank.

Pakistan has only 12 percent of its 170 million people served by the formal banking system. Thirty five percent are estimated to be served by the informal financial sector, borrowing from friends and loan sharks and sending remittance through bus drivers who drive from town to town.

Fifty percent of people save, but often though hiding cash at home rather than with banks, and only two percent have any form of life insurance.

The state bank regulations have put a limit on the balance in each account at 200,000 Pakistani rupees to force the operation to expand out into rural areas. Other than that, Telenor and Tameer are allowed to do anything that a regular bank can, just with lower limits.

The next step is building up trust and understanding and Telenor is taking this step very cautiously as a failure now would shake confidence in the entire model worldwide.

Looking ahead, Telenor Pakistan is considering expanding EasyPaisa to salary payments and government aid or pension distribution programmes. The Pakistan government has no less than 44 different programmes that distribute cash to the people and, as is usual with cash, a lot of money is lost in the system. 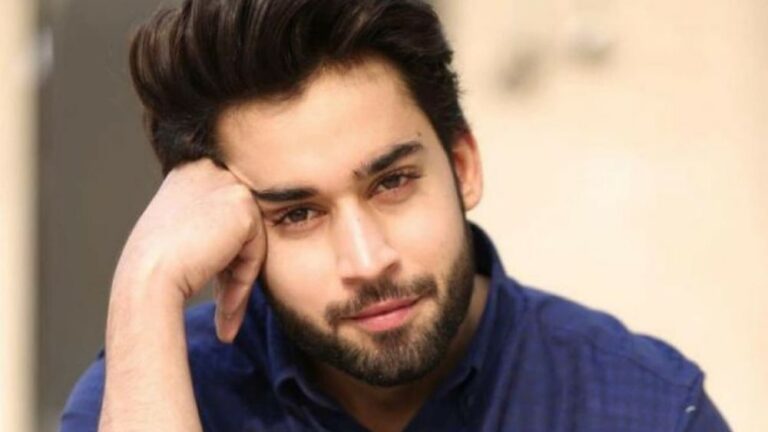