Tendency of following the trend is what we are witnessing these days, as politicians are embracing Twitter, a micro-blogging network.

Good thing is that this way Politicians are in access of a common person, which is otherwise impossible to think about. But bad thing is that Twitter is taken as a vehicle for propaganda than a means of sustained and meaningful engagement with voters or the general public.

We have seen Salman Taseer pulling legs of Punjab Government on Twitter as well, which many think is part of his job assigned by Federal Government. We could have expected the same in return but luckily Rana Sana Ullah isn’t on Twitter yet. Some fear that Rana Sb would be learning Twitter to come out of den, very soon. 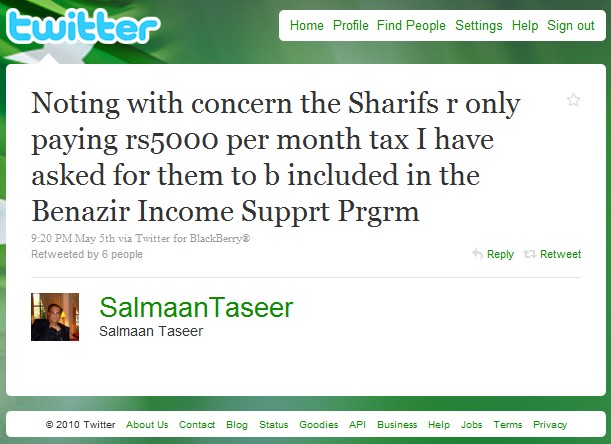 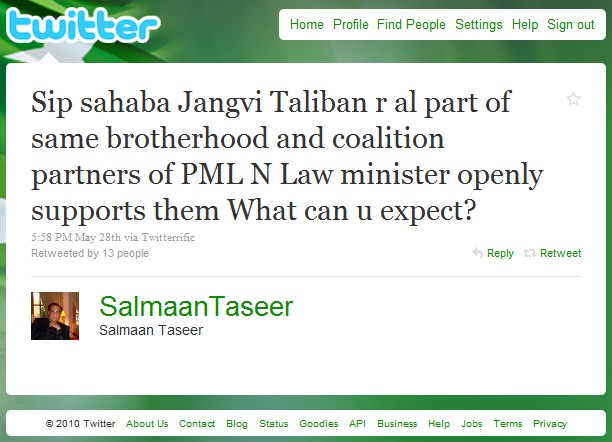 Shabaz Sharif hasn’t teased the Governor through Tweets, as of now, but we don’t know about the future as political temperature may rise in the vicinity. 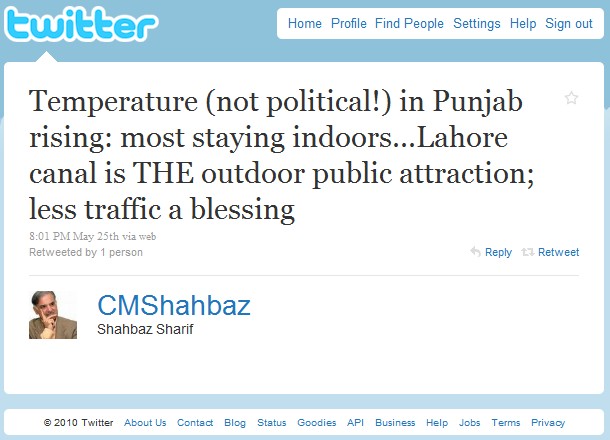 Other politicians include Imran Khan and Mushaid Hussain Syed, who are going pretty smooth with their tweets. Lately, Mushaid Hussain has started interacting with his followers, in nice manner – good approach.

Marvi Memon has been on Twitter for long with her activism from Karachi to Hunza. She is following pretty much number of people and interacts with them as well.

Fatima Bhutto is on Twitter with 8,500 followers, highest in local race.

The renowned Rehman Malik tweets in his traditional way. His tweets actually sound exactly like his voice and accent as he speaks on TV. A pretty similar charter to what we are familiar with. 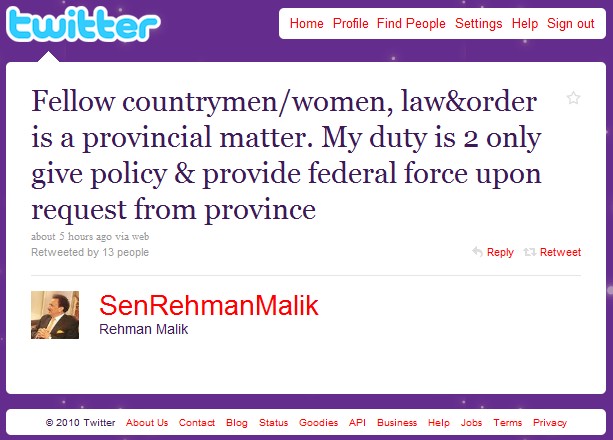 Not to forget that politicians are facing barriers while embarrassing technology – that’s okay as far as they are tying. But often they are given tough time when they are countered by tech gurus. 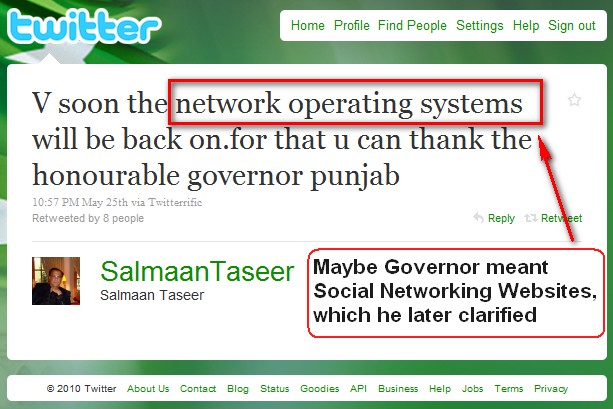 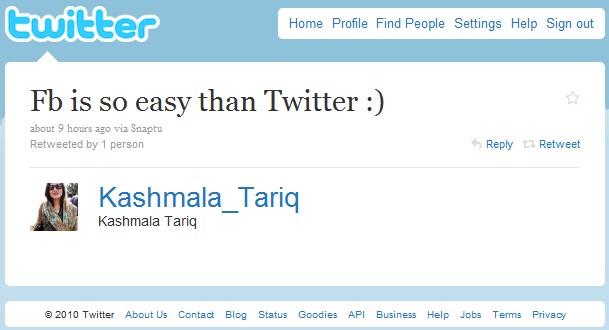 By the way, Pervez Musharraf, the veteran social media personality is also on Twitter.

If you come across any other politician who is on Twitter, drop their link in comments.