Cellular subscribers in Pakistan reached 100,134,748 mark, as of September 2010, according to latest stats released by Pakistan Telecommunication Authority.

During the quarter, cellular companies showed slow sales or even negative sales due churn or clean up of records.

Thanks to its LBC offers, Zong topped the charts by adding 748,746 customers during the quarter. Ufone remained at second slot while Telenor and Warid seemed struggling for sales and showed moderate positive addition.

While on other hands Mobilink lost some 758,449 subscribers during the quarter. Mobilink said this loss in customers is due to cleanup of records.

Check below graphs for more on cellular stats: 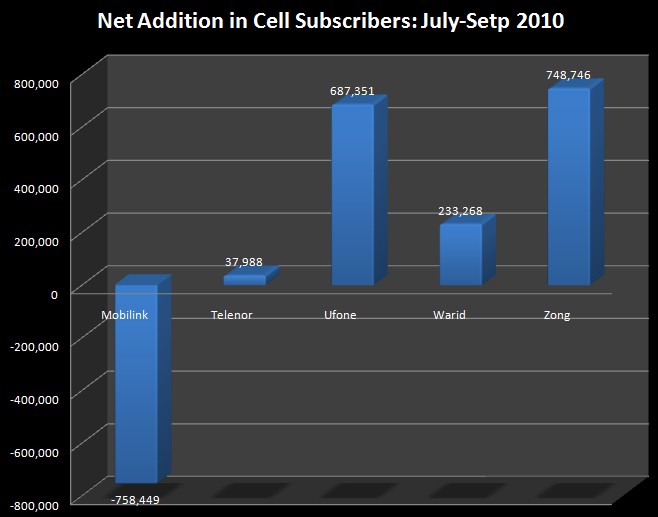 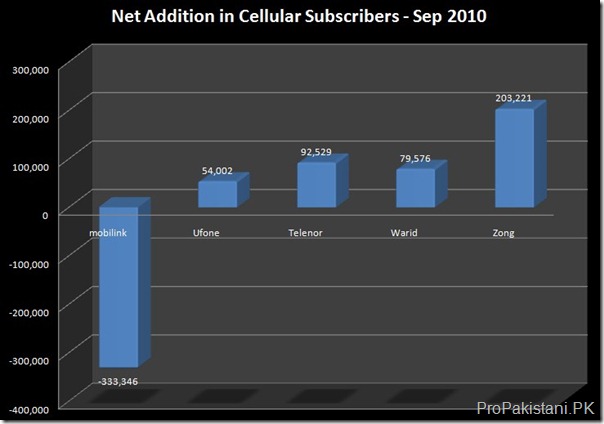 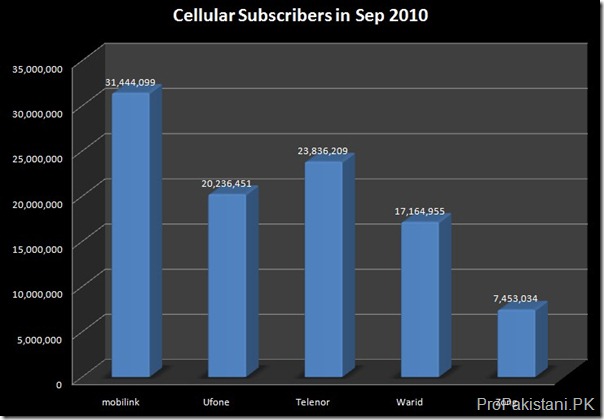 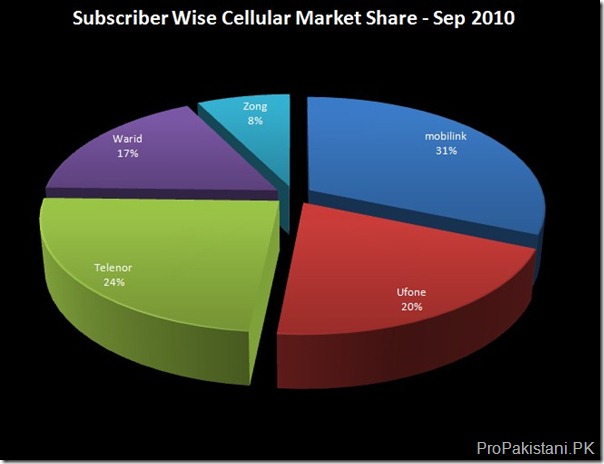