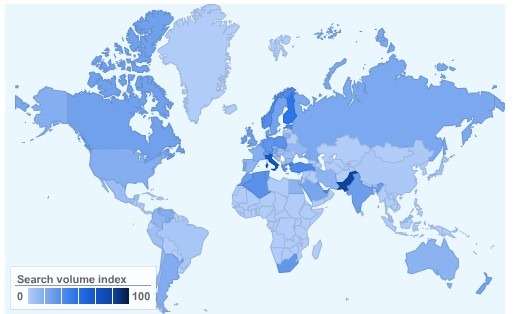 Pakistan has again led the world for internet searches, this time for a better term “WikiLeaks”, after the releases of secret diplomatic cables by whistle-blowing website WikiLeaks.

This is revealed by Google Trends, a utility offered by Google to measure the number of searches sent from different countries to Google. 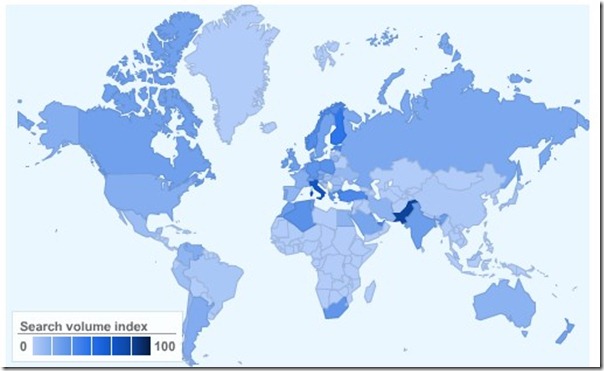 Google Trends show that Pakistanis have searched for WikiLeaks far more than any other county in past 7 days. Italy captures the second slot with 18 percent lesser searches. Third comes the Finland, far behind the Pakistan. 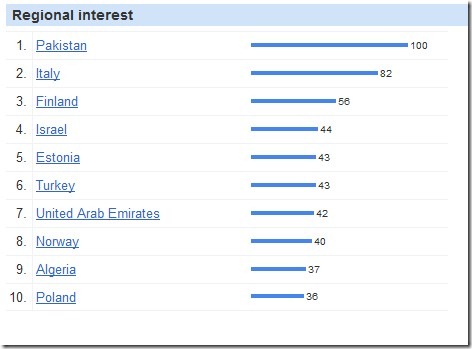 Pakistanis are taking WikiLeaks very seriously, and rightly so as Pakistan has been discussed notably in secret cables released so far.