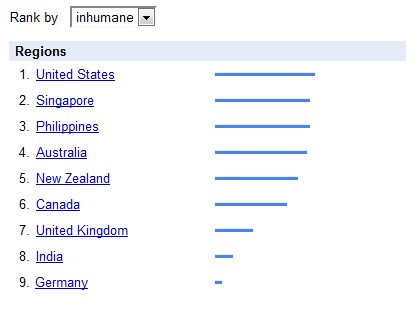 By Hamad Dar of KoolMuzone

Disclaimer: This article might not be suitable for all audiences. Readers discretion is advised.

Today Fox News published a report on Pakistan and refereed to it as Pornistan claiming that it is “No. 1 Nation in Sexy Web Searches”. Whatever keywords Fox News has mentioned are factual and not made-up.

I don’t see Pakistan occurring even in the top 10 regions here. It’s a shame how Fox news has refereed to a country as Pornistan just to sell off their papers. We all exactly know the status of Fox news in international media. The stunt they played is exactly like referring to Pakistan as “Number 1 nation in music searches” since it ranks number 1 on keyword “Sufi Music”!

Just to add further, as per FoxNews’ formula, whole of United States of America is inhumane and USA is wildest nation as a whole – see following if you don’t believe me: 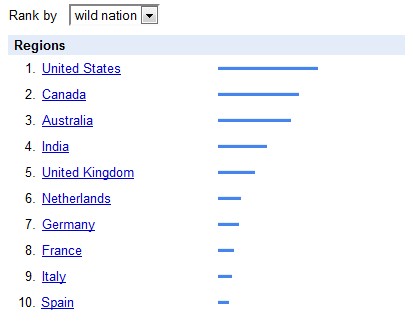 Google in a statement has said that facts produced in FoxNews report are not accurate.