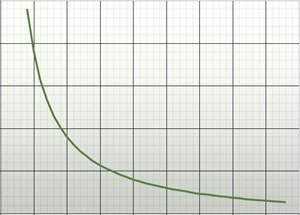 Having seen the industry moving from one operator to two and then to as much as five operators (not counting SCO) with the subscriber count, as per PTA, to have crossed over the 100 million mark, I have observed with interest as the competition grew stiffer with ever reducing tariff plans, numerous incentives and operators scrambling after customers, trying to keep their subscriber base growing.

What has been surprising overall, is the fact that almost all the service providers have been aggressively advertising promotions for prepaid subscriber base, while very few companies, if any, have paid any attention to the huge corporate sector as well as the postpaid market.

The bottom line for any operator (worldwide) is highly dependent on its postpaid subscriber base, since they are the customers with the highest usage (ARPU), and as such, are responsible for the companies earning most of their profits.

Even now, the most synonymous brand associated with postpaid connections is Indigo, whereas all other brands have faltered. ZONG has a very limited postpaid subscriber base and as such, no postpaid brand whereas Persona (Telenor) & Zahi (Warid) have been virtual non starters. The Zahi brand is being replace by Postpaid (a generic term) while Ufone simply calls its postpaid brand as: Postpay.

Let’s start off with the countdown of the brands:

Beginning with one of the most familiar postpaid brand, Indigo, The flagship brand of Mobilink. It has the largest postpaid subscriber base and the largest portfolio of corporate accounts. The longevity of this brand is a result of long term planning, with advertisements and promotions targeting postpaid subscribers as well as Corporate customers. One of the only brands offering reward points (like credit cards), discount on handsets, promotions on new handsets as well as numerous other features. They have everyone trying to play catch-up and are far ahead in the brand race.

Next on the countdown we have, surprise surprise, Zahi from Warid Telecom. One of the most underrated brands, it seems even the users themselves are not aware that it is called Zahi. With minimal advertising and almost no focus on the brand, they were able to increase their large subscriber base through their tie-ups with sister companies like Bank Al-Falah as well as a strong selling strategy highlighting their competitive tariff and better network quality.

Further on ahead on this countdown comes Postpay by Ufone. Ufone started off pretty well, in fact by challenging Mobilink’s supremacy in the beginning; they were even able make forays at Mobilink’s corporate portfolio. But with the launch of other operators such as Telenor and Warid, Ufone diverted all its attention towards getting as large as pie of the prepaid market as possible. Suffice to say, Ufone was not the only one playing this game. With little or almost no attention being given to the postpaid brand, it reflects the general state of affairs for postpaid subscribers in the industry.

Telenor, one of our European giants made a great start with prepaid brands such as the now famous Djuice and Talkshawk; everyone had high expectations from Persona but they faltered just like everyone else. The beginning was really good, but they failed to keep the momentum and now their prepaid brands overshadow their postpaid one.

I would like to talk about ZONG as well, but their postpaid brand is simply non-existent which reflects upon their postpaid as well as corporate subscriber base. But the interesting thing about ZONG is that they are trying really hard.

Hopefully, we will see some more focus on the postpaid brands by the service providers since they can only neglect this sector on their peril.