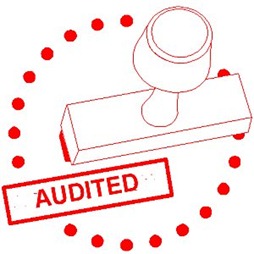 The AGP ordered executive bodies of these two departments to explain the raised objections on procedural irregularities found its team’s members in the terms, conditions and modalities of their functions and auction processes.

According to sources, the AGP team raised objections on bidding and tender procedures of the companies which need explanation of the organizations heads to clarify all issues or discrepancies in implementation of rules.

The modus operandi to tender and auction projects of private sector companies is different as compared with public limited companies and they are bound to follow their own set rules, an official of Minister of Information Technology and Telecommunication (MoITT) said.

“The AGP ironed out few issues in procedures, which need to be explained by the company in the next schedule meeting with its team and officials of these two departments,” he said on the condition of anonymity.

USF is private limited company and listed with Security Exchange Commission of Pakistan (SECP) with independent board of directors, hence, it follows it own rules rather than government rules to run an organization, he said and added USF subsidies allocations are transparent with no irregularities.

The USF has auctioned different projects of Rs 15 billion to various telecom operators so far.

“The AGP team found complexities in different projects of the organization, which will be explained to them with discussion with their team member in next meeting as part of the audit briefing,” another official of MoITT said requesting not to be named.

The AGP will submit its detail report to Federal Cabinet and Public Accounts Committee on completion of audits. The top brass officials of these two organizations will be held accountable if they are found in corruption or involvement in irregularities.