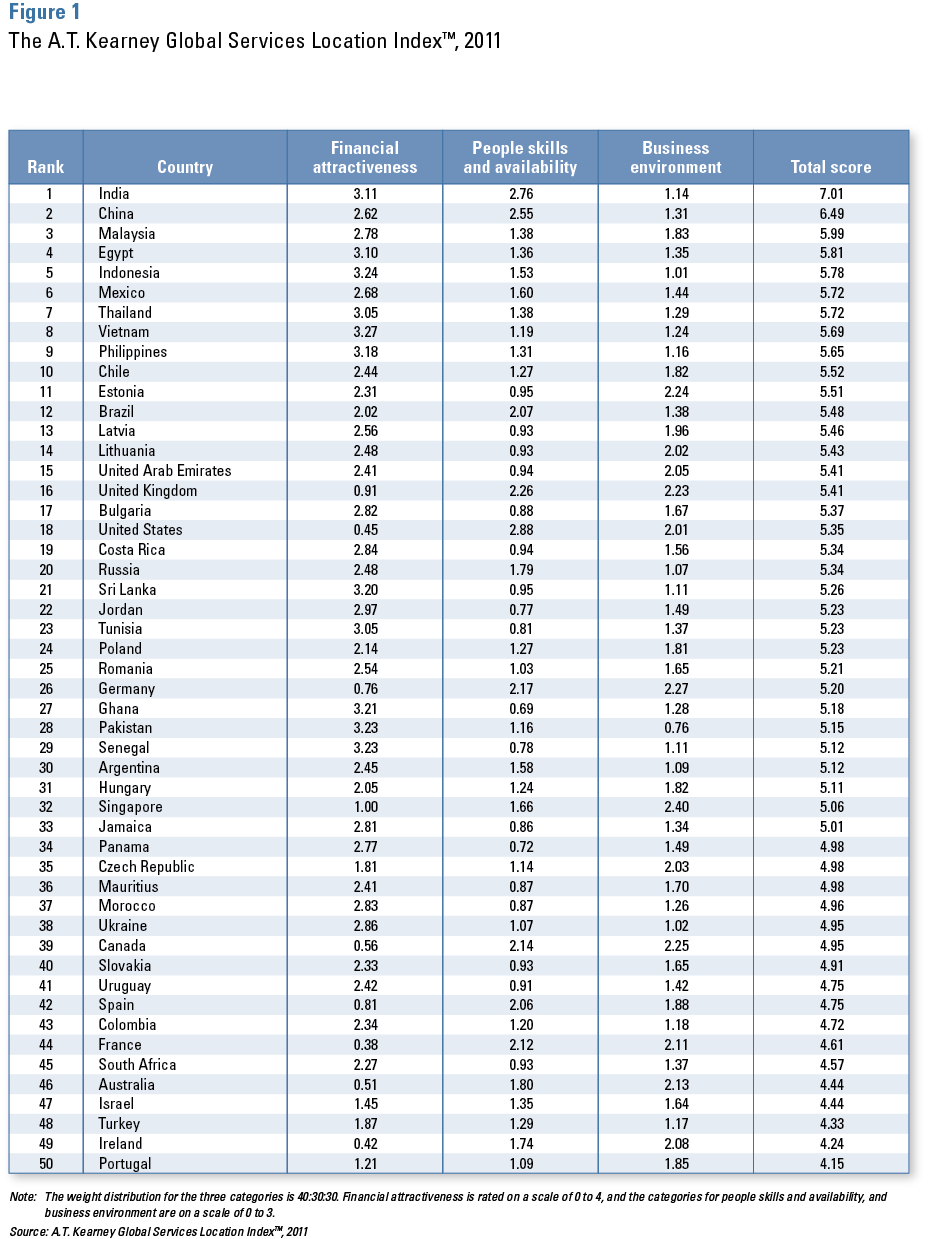 A.T. Kearney recently released the Global Services Location Index report, which measures the attractiveness of offshore locations in 50 countries – and the news is that Pakistan has gone down by 8 positions when compared to 2009’s ranking.

However, when it comes to Pakistan, the findings are a source of concern. In two years time, Pakistan has fallen 8 positions to its current 28th. 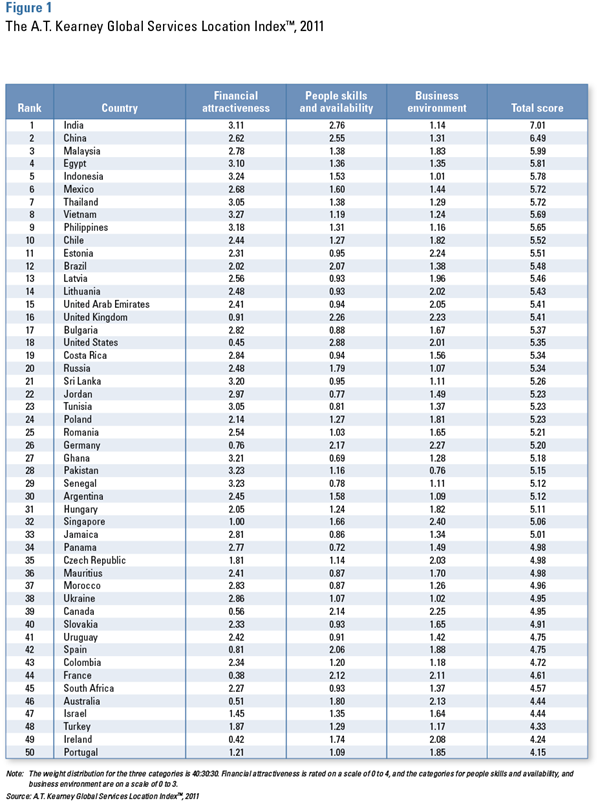 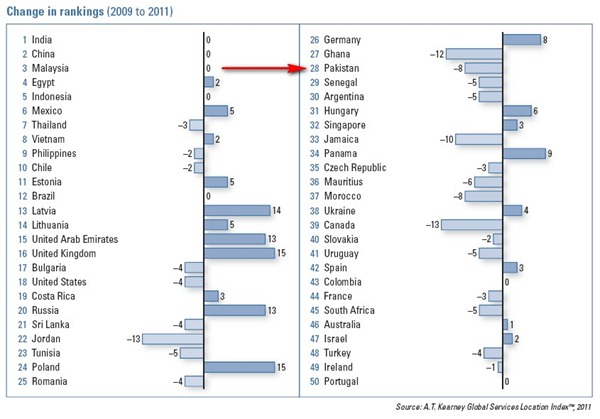 Pakistan ranked miles away from the leaders in this category. This is quite a worrying statistic because in the international market, we are below par in experience, size of labor force as well as education.

Rising costs for higher education and reduced funding for government institutions mean that education is not a priority for the current government. And as a result, we are falling behind when compared to other countries. 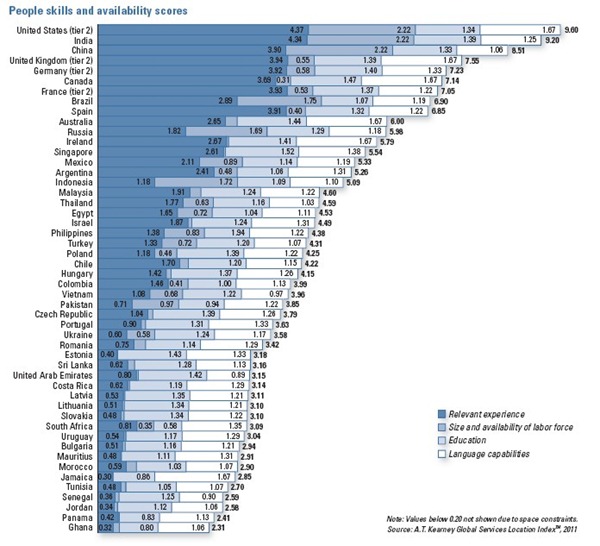 Pakistan ranked 4th with Vietnam leading the table in this category, which means that if corporations are looking for high returns on their investments, Pakistan is a very good place to start.

The current situations of the rupee in the foreign exchange market as well as jobs in the country help to raise our score. The rupee ranks low against major currencies which means operational cost will be low. And with even well educated people willing to work more for less, given the sorry state of jobs these days, Pakistan is music to the ears of an organization looking to maintain a financially completive edge over its rivals. 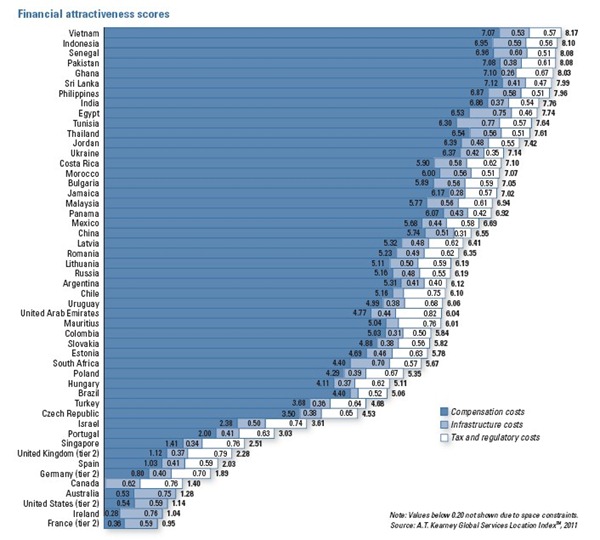 We ranked rock bottom when it comes to providing a sound work environment, good infrastructure and security of intellectual property. This is not a surprise. The security situation in the country is bad to say the least and our infrastructure isn’t up to international levels. 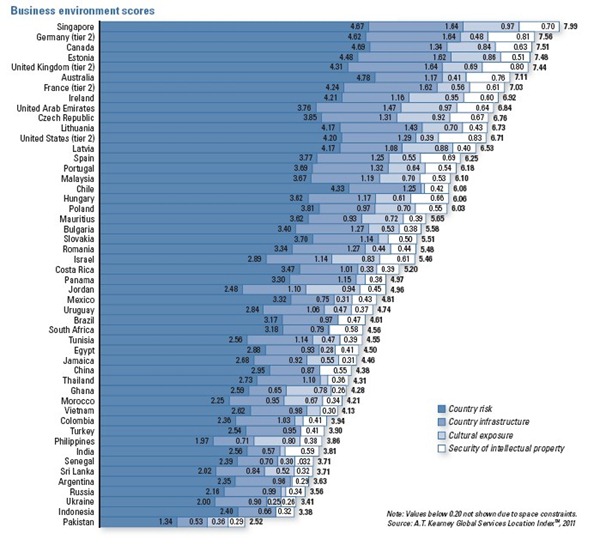 What does this mean for us?

Let’s paint a realistic picture. We are currently in the lower half of the spectrum. And we need to start taking the right steps immediately to get out of it.

The current economic outlook in the country is bleak. I’ve seen graduates from good universities forced to take up menial jobs just so that they can provide bread and water for their families. And the job situation is not getting better nor will it in the immediate future.

Our country is already financially attractive, what we need is steady work being done to educate the masses and infrastructure development that will force firms to look our way when expanding.

Highly qualified labor (with respect to international standards) is a must if we are to have any hope of bouncing back. If firms do start outsourcing to Pakistan, this will increase the inflow of capital in our country, which should help to partly alleviate situation here as more jobs are created.

But none of this will happen unless some serious work is done to achieve these goals. The current government needs to recognize the potential that this option offers. Just look at how India has transformed itself into a market leader. And try to emulate their success.

However it’s not solely the government’s responsibility. Well educated people and fresh graduates can also pool their resources together and start offering their services at lower than market rates. Once credibility is established, the sky is the limit. I guess what I’m trying to say is that don’t aim to have a 9 to 5 job. Be creative and take your future in your own hands.