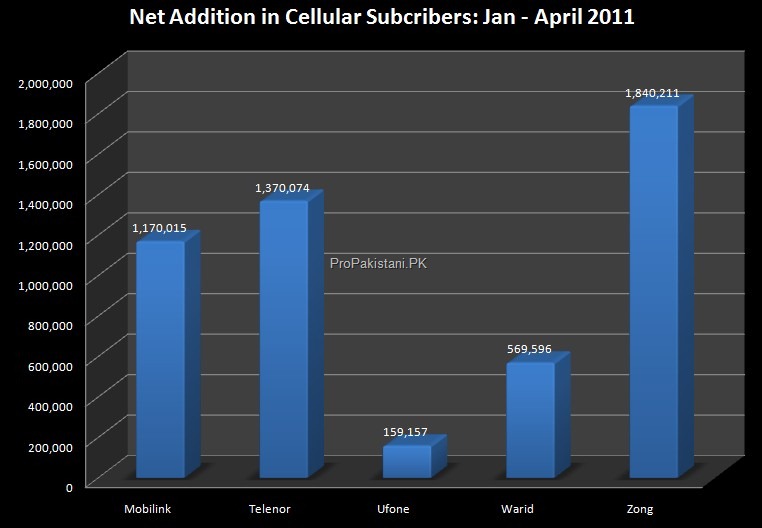 Zong has achieved the milestone of 10 million subscribers, while adding highest number of subscribers to its network in ongoing fiscal year and year-to-date intervals.

According to stats issued by Pakistan Telecommunication Authority, Zong crossed 10 million subscribers mark in April 2011, while its market share for subscribers reached 9.58 percent of the overall cellular base.

Official stats said that Zong successfully added 3.31 million subscribers in its base during first 10 months of the year 2010 – 2011 and has shown highest growth in users’ number among all telecom operators.

This growth rate and market share for new subscribers went significantly high during January-April 2011 period, when Zong snatched 36 percent of the all new subscribers of telecom users in Pakistan. 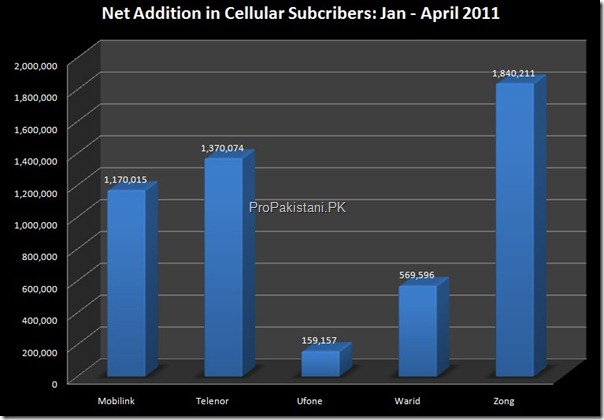 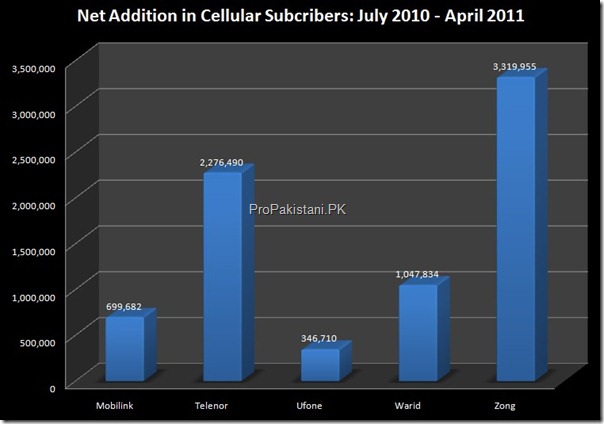 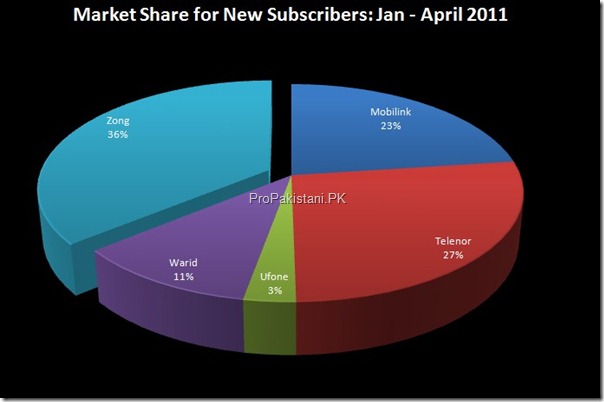 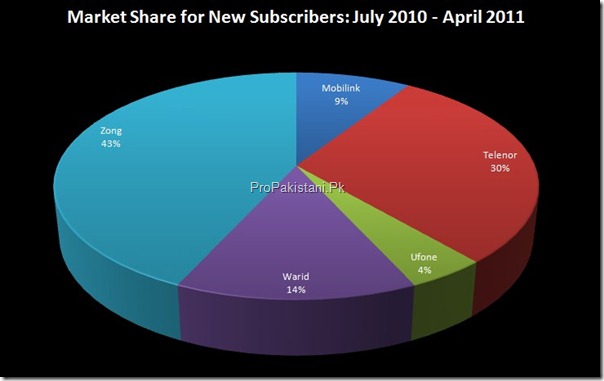 As clear from that stats, Zong is has outrun all the operators in terms of adding new subscribers – want to know how this happened? Here we did a comprehensive analysis covering all the aspects that made Zong a success story – given the fact that they started operations when other operators had crossed 15-20 million subscribers.

Commenting over the performance of Zong, Salman Wassay, Head of Marketing – Zong, said:

“We are really pleased with the response that we have received from our subscribers especially from the youth. Our network has proven to be reliable for our subscribers and the most popular one especially when it comes to data and internet connectivity.” said Salman Wassay, Head of Marketing, ZONG.

Zong, an international brand of China Mobile entered Pakistan’s telecom industry in April 2008 and has now spread its coverage across the country. The Company now has more than over 5500 cell sites.

Among all the Chinese investments in Pakistan, China Mobile is the biggest investor in Pakistan. The telecom giant has invested US $ 1.72 billion in Pakistan so far and is also planning to expand its operations further in near future.

ZONG’s reach now stretches from the mountain tops of Ishkoman in Gilgit-Baltistan to the
rocky plains of Buleda in Balochistan covering more than 10,000 cities, towns and villages
across Pakistan.