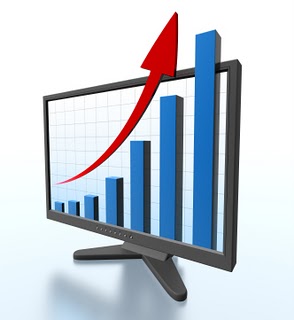 It wasn’t long ago when Microsoft was dominating the cyber space. Somehow it is still leading, considering the penetration of Windows OS. But here we are to reveal the facts how much traffic these internet giants serve (in a month).

comScore has revealed the data, marking Google as the leader. And this is the first time in history when any web company has served one billion users in one month.

Alone Google was lagging behind Microsoft but with the addition of YouTube and also considering GMail users, Google stands first to have 1 billion users, in May 2011, leaving all others behind.

Microsoft is still in the competition at second position with 905 million unique visitors in the month of May.

And yes Facebook has gone wild in this competition and we have seen rapid growth in the past couple of years. Facebook in no doubt has surpassed  Google in traffic rank by Alexa once.

As per the stats revelaed, Facebook served 714 million unique users.

And last but not least, Yahoo is in the row with 689 million users. Yahoo really needs to rethink here what actually makes Facebook overtake Yahoo services.

As per Telegraph, A “global measurement panel” of 2 million users helps ComScore to compile its estimates, and the data is then refined with page-view data it receives from more than 90 of the 100 publishers of web content. 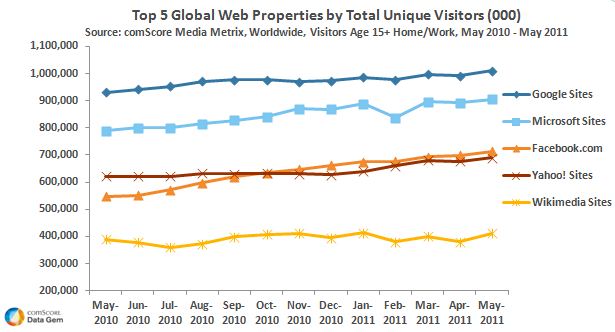