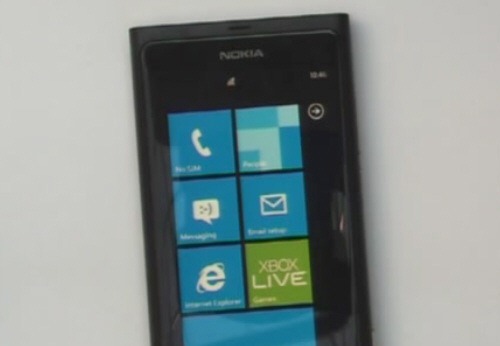 A Hungarian gadget review site, technet.hu has got its hands over a video of an internal meeting at Nokia’s head office, where Stephen Elop is demoing a Windows Mango powered smartphone.

Before revealing the phone, Stephen mentioned the attendees to put away their camera phones or any recording devices, and that the phone, code named “Sea Ray”, is super confidential.

Phone looks pretty identical to recently announced Nokia’s N9, in fact Stephen had to point out to that extra (camera) button (which isn’t placed for N9) to convince the audience that it’s not Nokia N9.

Stephen explained that this phone will be equipped with 8 Megapixel along with carl zeiss and phone is likely to be shipped later this year.

It merits mentioning here that Photos of this phone were earlier leaked by the same blog yesterday.

For more, check below pix and video

Shorter version of video (complete version works with Chrome only).