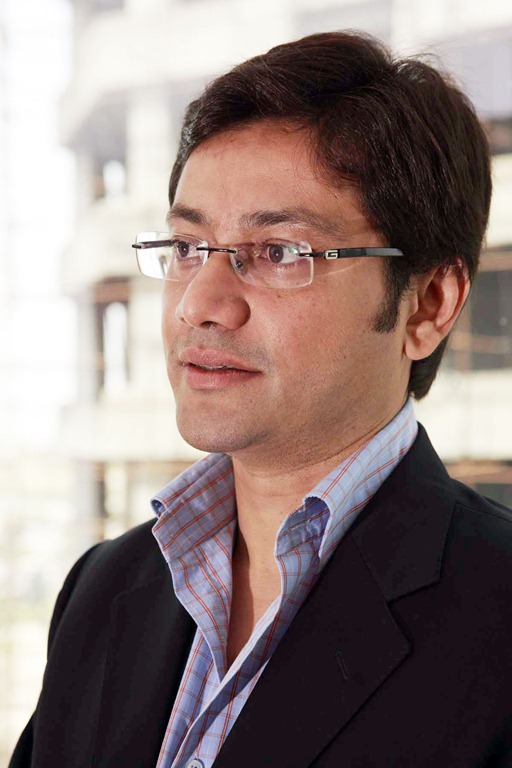 We recently got a chance to communicate with Mr. Naeem Zamindar, CEO Wateen Telecom, through email, to have better understanding of his vision for rural community, broadband penetration into rural areas and how it can uplift the social standards in the country. 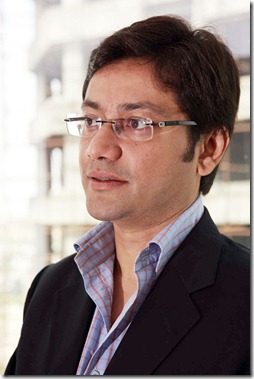 ProPakistani: What is Wateen’s share for stretching broadband in rural areas?

Naeem Zamindar: One of Wateen’s significant achievements in Pakistan is being the first in the world to roll-out a WiMAX network on a nationwide scale in 2006.

This included providing broadband services in 22 cities and towns across Pakistan, some of which are on the fringes of these rural areas.

This has enabled people in these areas to come across and get introduced to the technology first hand.

In addition, we are working closely with the Universal Services Fund (USF) for promulgation of broadband services in underserved areas of the country.

To this end, we were recently awarded a PKR 2.4 billion project to develop an extensive optical fiber network in Balochistan to span 1,100 km in northern Balochistan.

Besides Balochistan, as I mentioned earlier, we are working with USF in deploying optical fiber networks in areas of Sindh as well. With these projects, Wateen Telecom currently has the responsibility of deploying 246 Educational Broadband Centers (EBCs) and 72 Community Broadband Centers (CBCs) which will enable us to deliver broadband connectivity to higher and secondary educational institutes for education and open new possibilities for employment and commerce through the CBCs.

These new projects are in line with our commitment to lead the digital revolution in Pakistan.

ProPakistani: Is it worthwhile to target the rural sector of the country?

Naeem Zamindar: Yes, it is extremely worthwhile. The rural population in Pakistan was reported by the World Bank to be around 106 million in 2008. According to current estimates, 68 percent of the country’s population – that is around 122 million people – lives in rural areas.

This shows that there is a market, a huge market, that remains untapped. Asides from the commercial aspects, if we were to focus on the country’s rural areas this would in turn result in an increase in employment opportunities, an increase in education, an increase to the country’s GDP; it would also help even out the distribution of wealth in Pakistan.

In rural areas, ICTs are directly contributing to economic growth by creating access to economic opportunities and development. So there is no question – definitely it is worthwhile to target the rural sector of the country, both from in the short term and the long term – and more, importantly, both for individuals and the country as a whole.

We are working with the Higher Education Commission and Virtual University, who have online education programs that can be accessed from anywhere in the world. Imagine if we connected these regions through the internet: it would open access to higher education and a promise of a better life for people living in those areas.

ProPakistani: ‘Using the Internet for Rural Sustainability’, do you believe in this concept and what are your thoughts on it?

Yes, I completely believe in this concept. I believe that the Internet is the best tool presently available to connect people; there is no better medium at removing geographical constraints. Keeping that in mind if we were to introduce the Internet in rural areas, the possibilities would be limitless. Moreover, ICTs provide enhanced opportunities to generate income and combat poverty and illiteracy, amongst others.

I think that the Internet would be the perfect stepping stone for launching any development campaign in rural areas, as it is the perfect tool for not only generating employment and literacy, but it also brings with it investment opportunities, which translates into sustainable economic growth.

According to recent estimates, almost 1.5 billion of the world’s poorest people live in rural areas. The internet and its capacity to provide an infrastructure for all communications needs – from data to telephony to television – can help connect these people to the rest of the world, providing much needed knowledge, access to education, healthcare, provide weather information for farmers, create business opportunities.

Add to this the actual employment opportunities you create in terms of sales, management, after-sales service centers – you could create and trained a completely new skilled workforce from scratch. This is why the Government and USF is incentivizing us to set-up educational broadband centers in the rural areas to help the people there gain access to this knowledge.

In point of fact, the use of the Internet as a tool for social reform and sustainable development in rural areas is a vast subject, and much has been written and discussed in this regard. That’s because the moment you look to the Internet and new communications technologies, the possibilities are endless.

ProPakistani: What are some of the barriers in place that hurdles in the adoption of Broadband fully in rural circles?

The main barrier is the lack of cohesive policies by the Government in the IT sector. Broadband provision is only possible for end customers provided they have a tool for using it, i.e. computers. Unfortunately, the number of PCs available in the region is extremely low. Our government’s tax policies are pushing the cost of PCs higher and higher, taking these out of the reach of the average rural customer.

Then there is the issue of lack of infrastructure – many of the villages and towns in the rural areas lack proper communications networks and even suffer from limited power connections. This brings me to the third major hurdle as I perceive: even if a rural center has the power and communications infrastructure required, they suffer from around 18 hours of load shedding. How can a person living in a rural center use the Internet or even turn on a computer if 75% of the time they don’t have access to electricity?

So, yes, there are definitely many challenges and hurdles we face; however, I believe that rather than turning away from the prospect of expanding to rural areas, we should work towards finding solutions to these barriers. But it must be noted that we cannot do this alone, which is why we are always looking for partners who believe in change and overcoming obstacles.

ProPakistani: Do you have an estimate what percentage of the rural communities have access to broadband internet?

Naeem Zamindar: The penetration of broadband access is extremely low at the moment. Only 2-3 percent of rural population has access to broadband internet currently.

ProPakistani: Is there policy in place that is going to encourage this kind of development of deploying broadband in rural areas?

Naeem Zamindar: As mentioned earlier, we are working very closely with PTA and USF in enabling broadband provision in these areas. The policies laid out by the government are business friendly and PTA is offering subsidies on connections through the Universal Service Fund for incurring the huge costs for setting up a network in those areas.

These subsidies are also being passed onto the end customer. In the USF regions, you can get a broadband connection for as low as Rs. 299. There are critical milestones associated with this and PTA is actively ensuring that these objectives are met in a timely and orderly manner. We must realize that this is a gradual process and would take years to build. However, we are proud to have been one of the first to put these building blocks in place.

We are also seeking PTA’s help in getting policies in place to develop WiMAX chipsets in Pakistan that will lower barriers to entry and make connections more affordable. This is extremely important and will help boost the local ICT industry. This will also help educational institutes, who will create a new workforce that is able to meet the challenges of the modern, ever changing world.

ProPakistani: Any ideas on what kinds of rural ebusinesses can seem to work in Pakistan?

Naeem Zamindar: As far as rural e-businesses working in Pakistan, I believe the sky is the limit. We have seen that mobile banking is on the rise and m-commerce has opened new possibilities for people in those areas. Similarly, with broadband access, we can enable people to conduct their businesses from remote locations. Be it linking poor farmers directly to consumers and international markets or providing online classes to poor children who can only dream of getting quality education.

Broadband would introduce a whole new way of life to the rural areas. The exposure that people living in rural centers would get would benefit them substantially and transform their daily lives. It would not only help them make better earnings, but would also help in bringing them into the mainstream.

One of the ebusiness ideas that I think might work is e-farming – using e-commerce websites to supply directly to wholesalers and retailers in the city. Also, coming back to the idea of training, the Internet could be used to set up virtual schools and training facilities.