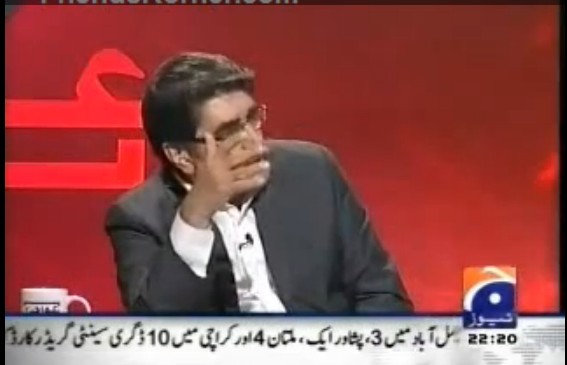 We are presenting you the show below, to watch and decided if Internet is indeed corrupting the youth or not, but before that, let me put my thoughts on the topic:

Instead we must do two things:

We will have to live with internet with all its evilness. What we can best do to avoid its harms is to educate ourselves and those who are near and dear to us. We have repeatedly emphasized the dire need of massive awareness in our society for best usage of internet and other new technologies to avoid harms that we all fear.

Just to mention, other societies (western for example) faced similar issues when they embraced internet in the start, or any other technology for that matter. They didn’t ban it, instead they educated their people to make sure that no one is physically, mentally or morally harmed.

In addition, we need a cyber law. We need to hunt down those who commit cyber crimes, such as uploading your private videos/pictures on internet, hacking into your accounts to steal private data and so on. You will be amazed to know that you can’t do much if someone is blackmailing you on internet. There’s no law to protect you.

This is where media should focus as well to make the government realize that there are more important things in the country to do than just bashing the opponents.

Internet is bad, okay I agree (I don’t but for the sake of argument), but we can make it better place. We can use it well for our betterment to benefit ourselves.

And by the way, its not only internet that’s corrupting youth. We have developed so many other ways to achieve this. Just as an example: Hum TV was showing women in bikinis (Miss Universe) when Geo was telecasting “Awam ki Adalat”.

Here you go now with the show: