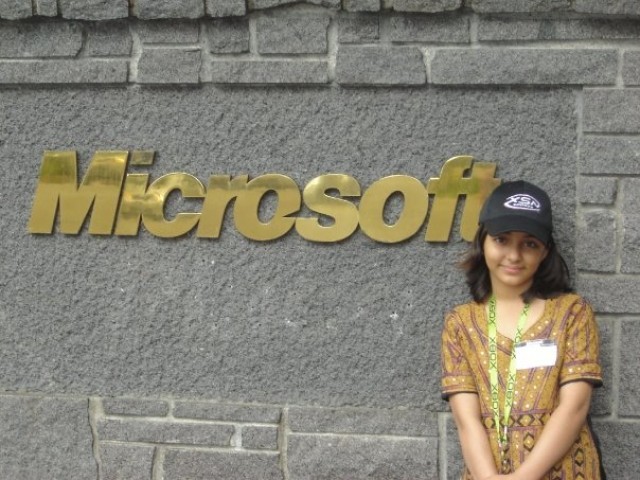 Arfa Karim, the youngest microsoft certified professional, has died in Lahore, reported Geo News. Arfa was fighting with serious medical situation and was on ventilator for last 26 days.

Doctors say she had suffered brain damage, leaving her in a coma till she died today. She was suffering from idiopathic epilepsy seizures which led to brain damage.

Arfa Karim was being treated in CMH Lahore and was planned to get shifted to USA for further treatment. Bill Gates reportedly had asked Arfa Karim’s father to get Arfa shifted to Dubai for further cure before taking her to US.

Arfa had received presidential award along with various other recognitions. She also remained brand ambassador for PTCL.

TV report said that Arfa Karim’s funeral will be offered at Caveraly Ground in Lahore on Sunday at 10 AM.

The prayers, held in Cavalry Ground, were attended by Punjab Chief Minister Shahbaz Sharif and attended by her close family members.

Her coffin was draped in the national flag. She was 16.

The teenage genius suffered an attack on that which had given her recognition and made her a source of inspiration for young and old across the country – her brain. Arfa had an epileptic attack on December 22 and had been in a coma since, while well-wishers prayed and watched her progress closely.

On December 29, doctors said there was no hope for her survival, and that her life support could be switched off “at any time”. However, she had then miraculously responded to certain stimuli, as recently as January 13.

Two more funeral prayers will be held for Arfa, one in Faislabad and another in her ancestral village where she is to be buried.

As Pakistanis mourned the loss of the child prodigy, Prime Minister Yousaf Raza Gilani also expressed grief and sorrow over Arfa’s demise. According to a statement released late on Saturday night, Gilani prayed for the departed soul and that Allah grant courage to the bereaved family to bear the loss.