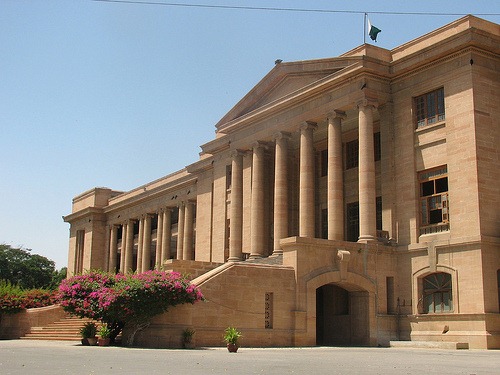 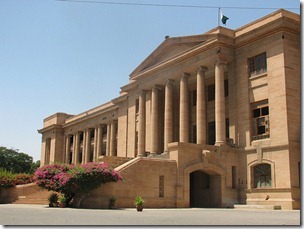 The Sindh High Court on Tuesday issued notices to the Ministry of Information Technology and the Pakistan Telecommunication Authority on a petition challenging the censorship and blockade of websites and online forums containing political views, reported The News.

Paper said that petition has been filed by Ayesha Tammy Haq and others, with a plea that the respondents were illegally blocking and censoring access to various websites and online forums that criticized the workings of state institutions.

The online portals criticized government policies, hefty expenditures and the budgetary allocation to the armed forces.They submitted that the actions of the respondents were illegal and the websites had been blocked without issuing prior notice to their owners. The petitioners believed that the PTA was intending to develop a national level URL filtering and blocking system in the country. This, they believe, would be used to suppress constructive criticism and the circulation of information that could benefit the general public.

Ayesha Tammy Haq and the other petitioners urged the court to direct the respondents to ensure that no website, online publication, forum or any other content be blocked without prior notice. They also submitted that public objections should be invited before any such action is taken.

After the preliminary hearing of the petition, an SHC’s division bench, headed by Justice Maqbool Baqar, issued notices to the Ministry of Information Technology and the PTA, seeking their comments on May 7.