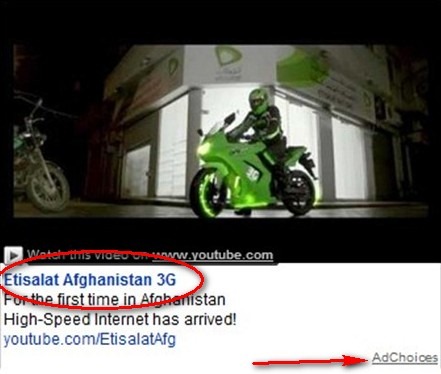 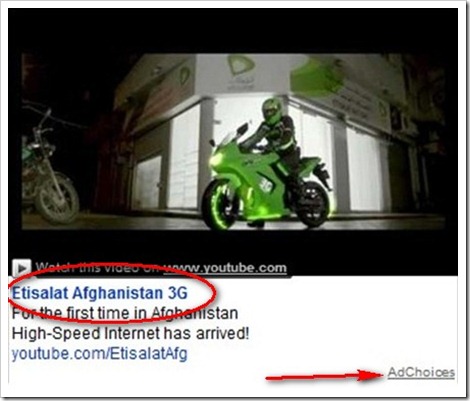 This above ad is being advertised on Google network by Etisalat Afghanistan for its newly launched 3G services. You call it bad strategy that it is appearing in Pakistan (on websites with adsense enabled, such as here on ProPakistani) but it could be a purposeful and planned act by Etisalat to enhance the image of its telecom arm in Afghanistan.

Whatever the reasons are behind displaying this ad in Pakistan, but it might not look that pleasant to Pakistani audience, who are deprived of 3G just because operators don’t find 3G viable enough.

Just in case in you aren’t familiar, Afghanistan has got its first 3G network through Etisalat. This is exactly what the above ad is advertising about: “High-Speed Internet has Arrived”.

ARPU (Average Revenue Per User), economic situation, inflation, law and order situation, internet adaptability, smartphone penetration and all other concerning factors in Afghanistan are seemingly not any better than Pakistan.

In such a situation, how does this AD feel like to you? when Afghanistan has a 3G network while it still seems like a distant dream here in Pakistan.