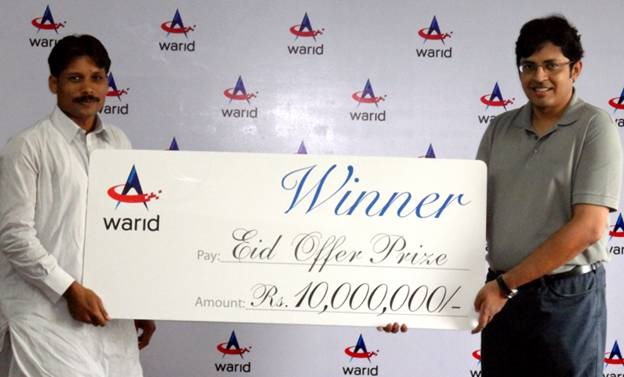 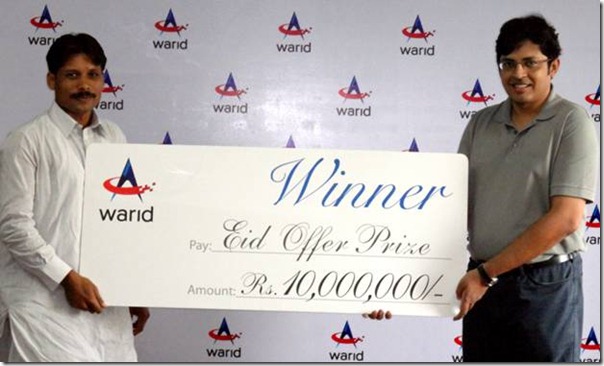 Warid recently announced the winner of Warid Eid Offer, the one we covered here. There were numerous prizes, but most notable of all was the bumper prize of Rs. 1 Crore.

Warid said that Muhammad Younis of Sargodha won the bumber prize, who was given the cheque at Warid Head-office last week.