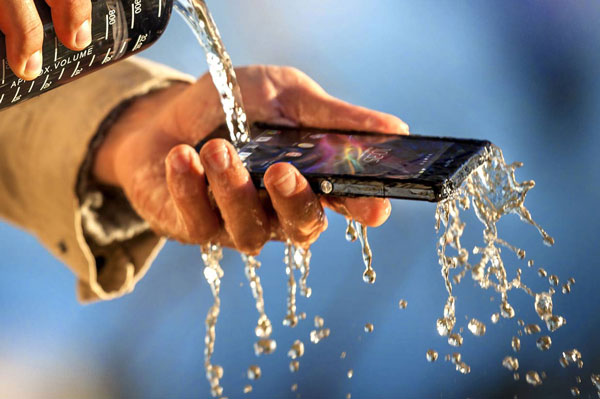 Sony unveiled its first quad core Android smartphone, the Sony Xperia Z, at CES 2013, for which it is hoping to give tough time to competition Smartphones namely Samsung’s S3 and iPhone 5.

After acquiring the Ericsson part of the company in 2011, the Japanese phone manufacturer is finally into the race with top-notch Android smartphones.

As speculated, Xperia Z, an Android flagship boast mighty impressive specifications having a 5-inch LED-backlit 1080p, 443-ppi TFT LCD reality display in a 7.9mm thin body with anti-shatter glass on front and back.

Running on Android 4.1 Jelly Bean, this device is powered by a fast quad-core Qualcomm Snapdragon S4 Pro chipset clocked at 1.5GHz Krait processor, Adreno 320 graphics. It has 2GB RAM and 16GB internal storage expandable up to 32GB with microSD card.

On board, it has embedded with exciting 13 Mega Pixel Exmor RS camera sensor (the improvement in Xperia S Exmor camera) with HDR video and 9 MP burst mode at 10 frames per second with the front facing camera of 2 Mega Pixel Exmor R sensor.

According to Sony, Xperia Z comes with 2,330 mAh battery with Stamina Mode, which improves standby time by four times or more by automatically shutting down battery-draining apps whenever the screen is off and starting them again once the screen is back on.

Connectivity options for this device include Bluetooth, LTE, HSPA+, NFC, GPS and FM Radio. The smart phone is IP55 and IP 57 certified, which means its water and dust-resistant. According to the company, it can stay submerged in water for 30 minutes.

Sony has said that phone will ship during Q1 of 2013 but no pricing information was made available. It is anticipated that phone will hit stores at around USD 650 (or Rs. 65,000) without subsidies.

Sony also announced a lighter version of Xperia Z, the Sony Xperia ZL, which we will be covering in a seperate post.