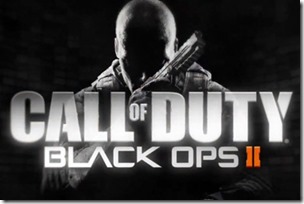 The worldwide acclaimed Call of Duty: Black Ops II and (the lesser acknowledged) Medal of Honor: Warfighter are banned in Pakistan for showing the country in a critically wrong way. Both first-person shooters are based in Pakistan, which is included among other countries.

A statement issued by The Audio Cassette Traders and Manufacturers Association (APCDACTM) has detailed that why it took the serious decision coupled with a warning to the retailers and shopkeepers selling these video games. The statement released by them reads:

“The Association has always boycotted these types of films and games. These (games) have been developed against the country’s national unity and sanctity.

The games (“Medal of Honor: Warfighter” and “Call of Duty: Black Ops II”) have been developed against Pakistan, and the association has completely banned their sale.

Shopkeepers are warned and will be responsible for the consequences if found purchasing or selling these games.”

Saleem Memon, the President of this association has said that these games show the country in a ‘very poor light’ and that they have been getting a lot of complaints from gamers ever since the game went on sale at the end of 2012. The games portray the country as the hub of all terrorist activity in the world.

The Medal of Honor: Warfighter, the more controversial of the two even begins “at an undisclosed ship dock in Karachi”. The game also showcases the player as fighting with the terrorists in the streets of the metropolitan city and even escaping the ISI, the renowned intelligence agency of the country.

If that wasn’t enough, Medal of Honor: Warfighter also shows the player as fighting alongside the Navy Team SEAL 6 to kill the ‘Al-Qaeda leader’. Doesn’t that sound familiar to you? Isn’t the story a bit too closer to the real life incidents that occurred on the night of 1st May 2011?

Although ban of any video game is still quite a rare act in the country, Call of Duty: Black Ops 2 and Medal of Honor: Warfighter aren’t the only video games set in Pakistan. Games such as Tom Clancy and others have already been set in Pakistan but NONE has portrayed the country that badly.

Considering the fact that both of these series of games are quite well-known among gamers, the lasting damage to the country’s perception worldwide will be far from calculable. And just to give you an idea of that, 7.5 million copies of the game were sold in November of 2012 alone making the game one of the best-sellers of 2012.

And its not only terrorists that are making the headlines here. “The problem is that there are things that are against Pakistan”, Saleem Memon says “and they have included criticism of our army”.

“It’s not the first time a game has been banned or boycotted here,” says Moeen Ali, the owner of one of Islamabad’s biggest game stores, “’Assassin’s Creed’ was banned in Pakistan because Muslims found content offensive and I stopped selling it.” He even says that both of the games have been selling incredibly well and have been a blast.

Meanwhile, the story is already making rounds around the media and even in the media of the West where it is even garnering criticism. What is left behind though, is the fact that our country has been one of the worst hit by US’ War against Terror. So along with the billions of dollars that our country has lost as the result of this war, respect is also something that we have lost during that time, not to mention the countless number of innocent lives which were lost too.