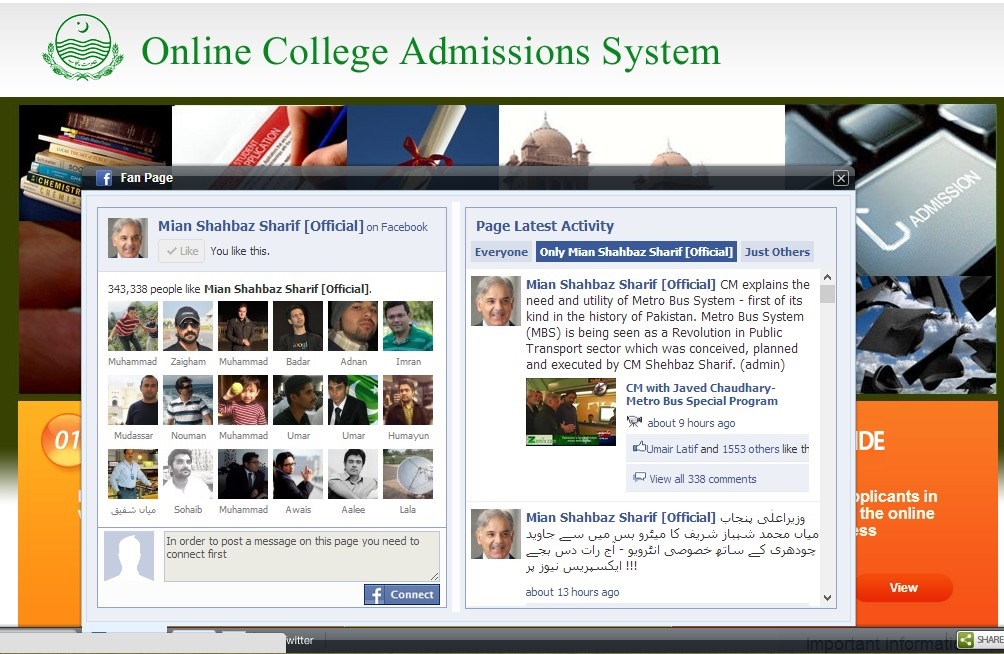 These websites – that are owned by government of Punjab and not by Mr. Sharif – are vigorously and shamelessly used by the chief minister to promote a Facebook page and a Twitter profile that he uses for official, personal and political motives.

It maybe recalled that the Facebook page and Twitter Profile in question are personal properties of Mr. Shahbaz, that he will retain even after completing his service term.

Instead of encouraging all these provincial government departments to have their own social media profiles, so that users may follow their updates and they may retain accounts even after the government is over, Mr. Sharif opted to promote his own profiles as if these government websites are his personal perperties.

These government websites range from Punjab Police to Punjab Pension Funds, Daanish Schools to Health Department. Almost every such website has a link to Shahbaz Sharif’s Facebook page and Twitter Profile, encouraging users to become his follower on social networking websites.

It merits mentioning here that there might be more Government Websites used for the same purpose but we could find only 20 such websites – screen of which are attached below: 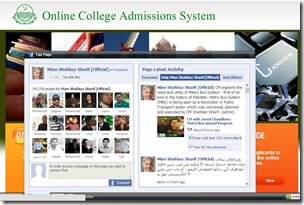 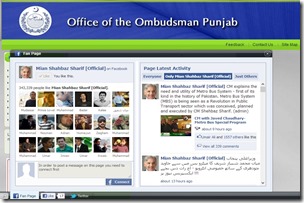 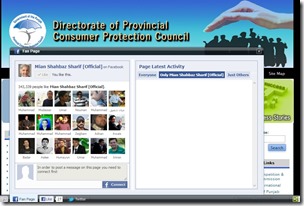 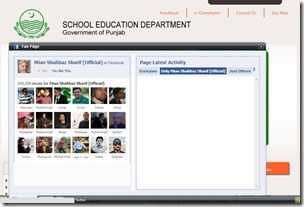 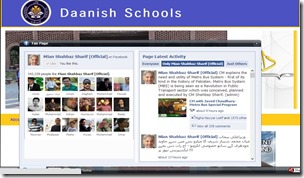 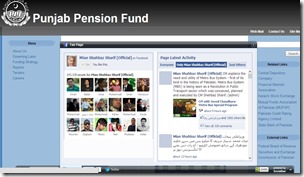 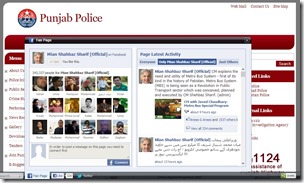 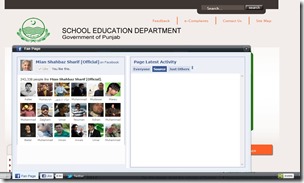 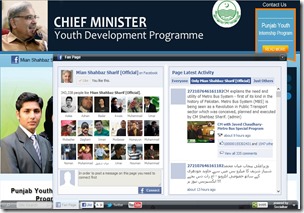 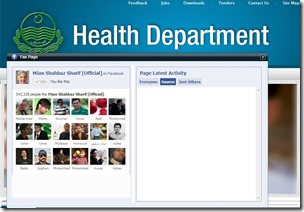 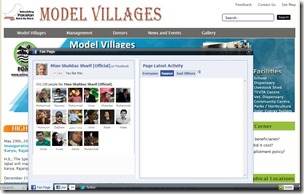 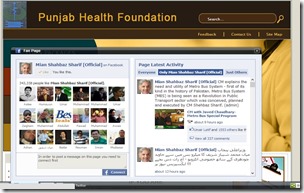