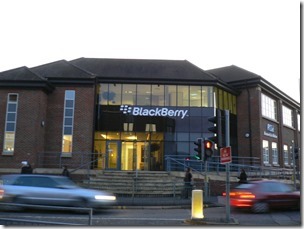 BlackBerry has finally announced its quarterly earnings after its name change. The new report comes with good news and hope of the arrival of better times.

To start off, BlackBerry said it earned profits of $94 million on $2.7 billion revenue, which may sound tiny compared to the 10 or even 11-digit figures of the industry leaders but is none-the-less a good start.

The no. of devices sold topped out at 6 million but out of those only around 1 million were BB10 products, namely the Z10. It is worth noting however that the Z10 has only just been launched on some crucial markets. Over 370,000 units of the PlayBook tablet were sold too.

Not everything is as rosy though. The company has said that its total no. of subscribers actually dropped, from 79 million to 76 million. A good bit of news however was that 55 percent of people coming to BlackBerry were coming from other platforms, while only the remaining ones were first time Smartphone owners.

That surely is a good news as it indicates that the company has finally started to incur some pressure on the competition.

As it is turning out, the fight between Windows Phone and BlackBerry 10 will be the one to watch out. Both the companies, BlackBerry and Nokia (because WP is essentially about Nokia) have shown good, encouraging progress towards better times and will be ones fighting to get the third spot behind iOS and Android, or the spots above it in the long run, who knows.