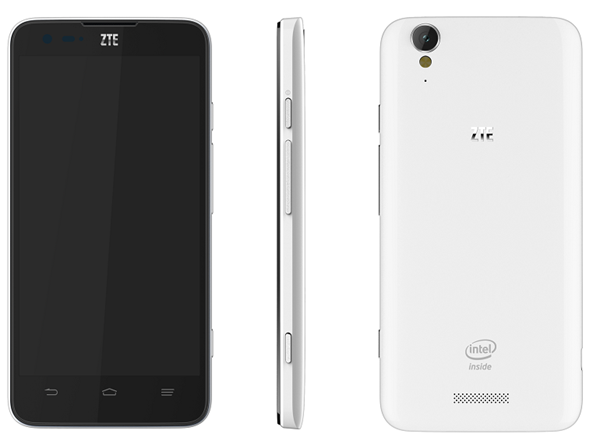 The ZTE Geek comes with a large 5 inch display with 720p HD resolution and Corning Gorilla Glass. It has a 2Ghz dual-core Intel Clover Trail+ processor, dedicated graphics and 1GB RAM. The amount of internal memory is set at 8GB, which is also expandable. Finishing on this phone is done with glossy plastic, which is not our favourite but definitely not something that you can’t live with.

The phone also has a 8 megapixel camera at the back with HD video recording, along with a 1mp camera on the front for video-calls. The list of connectivity options is quite modest too with 3G, Bluetooth 4.0, GPS, microUSB 2.0 and 802.11a/b/g/n WiFi. The battery which powers the phone up is 2300mAh big.

Here are the full specs of the ZTE Geek:

There’s no info on the pricing and availability of this phone currently but it should be available in third quarter of this year at least. This phone too, along with other capable flagships from less-known manufacturers has the ability to become a bestseller if it strikes the right chord with a perfect mix of features, reliability and swallow able price.