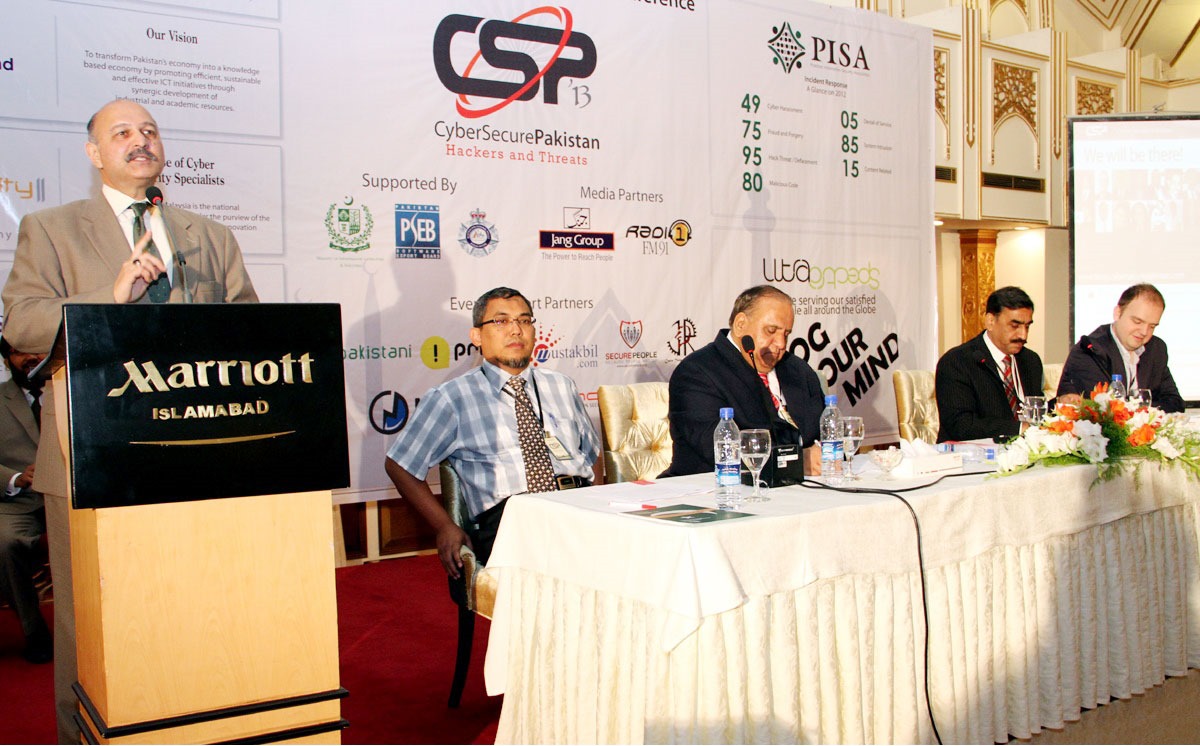 Senate’s Defence Committee has taken the initiative for the formulation of Cyber Security Policy to preserve, promote and protect Pakistan’s national security digitally.

Senator Mushahid Hussain, while defining the role of the Task Force on Cyber Security Policy, said the task force working jointly with Pakistan Information Security Association (PISA) under Senate Defence Committee will be asked to define the nature of the new emerging threats to Pakistan’s national security & defence in the digital battlefield and to prepare Cyber Security Policy, in consultation and with cooperation of experts and professionals from PISA and government organisations as well.

He said legislation and legal framework for Cyber Security and guarding against Cyber Warfare will be another most important task as the Cyber Warfare is already being waged by certain elements and must be countered with courage. In this connection, Senator Mushahid Hussain also welcomed recommendations made in the International Judicial Conference yesterday organised by the Supreme Court.

He hoped the joint task force will be capable to promote the required awareness for Cyber Security and to bring all relevant stakeholders on one platform for collaborated and organized efforts.

In his address, Mr. Ammar Jaffri, President PISA and organizer of the Cyber Secure Pakistan Conference informed the participants about the different steps taken by PISA to secure the Cyber Space of Pakistan. He said the PISA has been engaged in the number of Cyber Drills during last year and has trained more than 1000 university students, information security professionals and members of law & enforcements for secure use of Cyber Space and to establish international liaison with the similar organizations functioning in other different countries.

Mr. Jaffri welcomed the formation of Joint Task Force on Cyber Security and hoped to boost the collaboration between public & private organization as relevant state holders of Cyber Security.

Cyber Security professionals from number of other countries Malaysia, USA, Australia Kingdom of Saudi Arabia etc. were also participated in the annual conference and had delivered their key note speeches on vital topics related to Cyber Security.